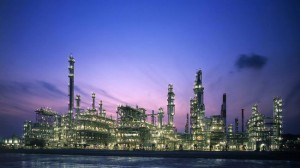 Owji said on Monday that Iran would increase its gas exports to nearly 100 mcm per day by the end of the current Iranian year (ending March 20, 2013).

It is anticipated that with the increase of the volume, revenue from gas exports will surpass USD 10 billion per year,” he said.

He added that Iran currently gains between USD 3.5 to 4 billion on average per year from exporting gas to neighboring Turkey.

Owji said that Iran has signed new agreements with Iraq to deliver gas via two routes to power plants in the cities of Baghdad and Basra, adding if implemented, the agreements will increase Iran’s gas exports by 40 to 45 mcm per day.

He said that Iran would begin the first phase of gas exports to Iraq within four months.

He also said that Iran has inked a new deal with Pakistan to carry 21.5 mcm to its eastern neighbor per day. He said that Iran is set to export gas to Pakistan by the beginning of the next Iranian year after the pipeline is completed.

According to the Iranian official, the export of every 10 billion cubic meters of gas will gain Iran further revenue of 4 to 4.5 billion dollars per year.

Owji said that Iran’s gas revenues will triple by the beginning of the next Iranian calendar year and added, “Iran is ready to export gas to all neighboring countries, in particular the Persian Gulf littoral states.”