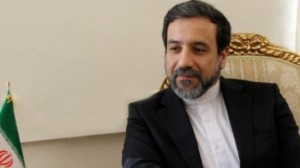 Iran news headlines on Tuesday include Iran’s Foreign Ministry spokesman expressing hope over p5+1 nuclear talks in Istanbul; Iran plan of sending second monkey into space in near future; country playing down US snub of UN disarmament body; US, Russia and Iran wrestling in New York on May 29.

Iran hopes P5+1 will give positive response to proposals: Araqchi

Iran’s Foreign Ministry spokesman says the Islamic Republic hopes that the P5+1 group of powers will give a constructive response to Tehran’s proposals about its nuclear energy program. Speaking in a press conference on Tuesday, Iranian Foreign Ministry’s newly-appointed Spokesman Abbas Araqchi said, “Iran’s proposals during the second round of the talks in Almaty were very constructive, balanced, and proportionate; and we expect the other side to react positively and favorably.”

Iran to send second monkey into space within a year

Iran will send its second monkey into space by the end of the current Iranian calendar year (March 20, 2014), or early next year, the Mehr News Agency quoted the Iran Space Agency Research Centre director Mohammad Ebrahimi as saying. The rocket carrier will use liquid fuel which will reduce acceleration and be helpful for the health of the monkey, he noted. The second monkey will be of the same type as the first one which was sent into space on January 28, he added. Iran launched a rat, two turtles and a worm on its Kavoshgar-3 rocket in February 2010.

Iran plays down US snub of UN disarmament body

Tehran on Tuesday played down a decision by the United States to boycott meetings of the UN Conference on Disarmament when Iran takes over the body later this month. “Pressure, presence or their boycott will not be important to Iran,” newly appointed foreign ministry spokesman Abbas Araqchi told reporters when asked about the planned boycott by US ambassadors when Iran takes over.

US, Russia and Iran to wrestle in New York

The U.S., Russian and Iranian wrestling teams will meet on Wednesday for an historic exhibition in New York. It’s a showcase event for what the sport’s international governing body has dubbed “World Wrestling Month.”