US using nuclear issue to put pressure on Iran: Haddad-Adel 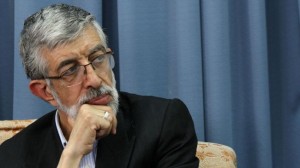 “The Americans are using our peaceful nuclear activities as a pretext to exert pressure [on Iran],” Haddad-Adel said in an exclusive interview with Press TV.

The United States is well aware of the peaceful nature of Iran’s nuclear energy program but resorts to propaganda campaigns to realize its goals, he noted.

“The United States knows that we have no intention of using our nuclear activities for military purposes. The Americans are just using the nuclear issue as an excuse to put pressure on us, and they are using it as a propaganda tool around the world,” he added.

Elsewhere in his remarks, Haddad-Adel stated that the West wants all countries to be subservient and is promoting US-style democracy.

“They (the Western countries) want a kind of democracy favored by the US. This means that if a democracy produces a government which does not submit to the US, they will not regard it as a [real] democracy,” he said.

He went on to say that Iran’s elections have always been a manifestation of real democracy that has given the lie to the West’s efforts to give the impression that Iran is an undemocratic country.

“Elections in Iran have shown that the country is the pioneer of and a role model for religious democracy in the world… The West would like to see a botched election in Iran in order to make the accusation that there is no democracy in the country, and the Iranian establishment lacks legitimacy. But the Iranian people are aware of that, and their massive turnout will be a clear manifestation of democracy to the world,” he said.

Haddad-Adel is one of the 686 individuals who have signed up as presidential hopefuls.

The registration of hopefuls for Iran’s 11th presidential vote began on Tuesday March 7 at Iran’s Interior Ministry and ended on Saturday March 11.