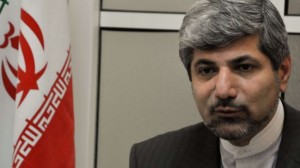 “We believe that regional consultations and cooperation can be the best solution to the crises in the region,” Mehmanparast said on Saturday.

Mehmanparast noted that the exchange of visits among regional officials is very important under the current circumstances, when consultations can play a key role in bridging differences of views.

He also stressed the importance of paying heed to important issues to prevent insecurity and instability in the sensitive Middle East and the Persian Gulf regions.