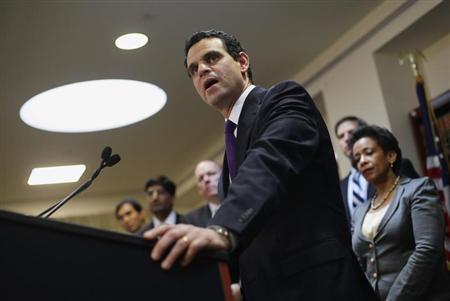 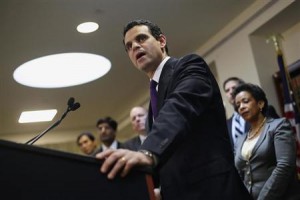 “As long as Iran tries to evade our sanctions, we will continue to expose their deceptive maneuvers,” David Cohen, the undersecretary for terrorism and financial intelligence at the Treasury Department said in a news release.

The Treasury Department said on Thursday it blacklisted Sambouk Shipping FZC, a United Arab Emirates based company it says is tied to Dimitris Cambis, a Greek businessman the department recently sanctioned.

The Treasury imposed sanctions on Cambis in March, saying he secretly operated a shipping network on behalf of Tehran to evade sanctions on Iran’s oil sales.

On Thursday the department said Cambis used the recently formed Sambouk Shipping to manage eight vessels he operates on behalf of the National Iranian Tanker Company. The ships have been used to execute ship-to-ship transfers of Iranian oil in the Persian Gulf intended to obscure the origin of the oil, it said.

Under the sanctions, U.S. citizens are prohibited from doing business with Cambis and the shipping companies and any assets they have under U.S. jurisdiction may be frozen.

Cambis has previously denied trading for Iran or the involvement of his tankers in loading Iranian oil. He could not be immediately reached on Thursday.

The United States and the European Union say Iran is developing the ability to make nuclear weapons. Tehran denies the charge, saying its nuclear program is strictly for power generation and medical purposes.

The Treasury Department also imposed sanctions on the Iranian Venezuelan Bi-National Bank, saying it provided financial services to a branch of Iran’s military and helped obscure oil deals. The department said the institution was originally established as a joint venture between Iran andVenezuela, but there is no evidence that Venezuela is still tied to the Tehran-based bank.

Parviz Khaki, the individual cited, has procured goods for Iran’s nuclear program that can be used to build, operate and maintain gas centrifuges to enrich uranium, the State Department said.

“We urge financial institutions to act in a manner that preserves their access to the U.S. financial system by cutting financial ties to these companies and individual,” said Patrick Ventrell, acting deputy spokesman at the State Department.

The Tehran-based companies and Khaki could not immediately be reached for comment.

U.S. lawmakers aim to broaden sanctions ahead of elections in Iran next month. A bipartisan group of senators introduced legislation on Wednesday that would block Iran’s access to its foreign currency reserves held around the world, estimated to be worth $60 billion to $100 billion.

Critics of the tightening of Western sanctions say the penalties will not slow the nuclear program, as the damage they wreak to Iran’s economy pushes its leaders to continue funding the program in defiance of the West.