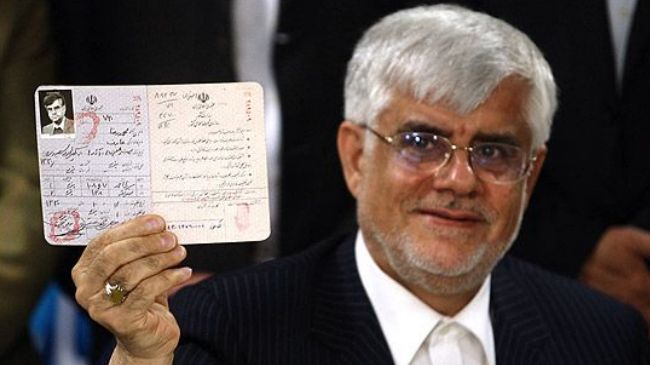 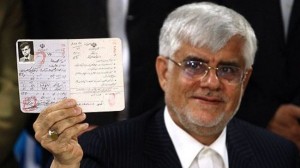 Reformist presidential hopeful Mohammad-Reza Aref officially registers for the presidential election, on May 10, 2013.

Reformist presidential hopeful Mohammad-Reza Aref has stressed that he will abide by the law throughout the election process.

“The basic duty of every hopeful participating in the presidential election must be to comply with the law and observe regulations,” Aref told a press conference on Friday after signing up for Iran’s June 14 presidential vote.

“I will remain committed to the law from this very moment that I am registering as a hopeful to the end,” he added.

He said he is running for president on account of his decades-long experience in different sectors as well as the current conditions of the country.

Aref, who served as first vice president from 2001 to 2005 under former President Mohammad Khatami, said that if elected, he would try to push the country toward further development.

When asked about his economic plans, Aref said he would seek to curb inflation. “I have drawn up a comprehensive plan to boost development and progress in the country, and in the first phase, inflation will be restrained, and the administration will intervene to rein in the inflation.”

Also on his agenda, he said, are plans to create “fiscal discipline” and promote “investment attraction,” adding that he has envisioned an eight-percent economic growth to decrease inflation.

The registration of hopefuls officially began on May 7 and will run through May 11. More than 240 people have so far registered for the presidential election.

The president of Iran is elected for a four-year term in a national election. The Guardian Council vets the hopefuls and will publish the final list of candidates later this month.

The next president will replace incumbent Mahmoud Ahmadinejad.