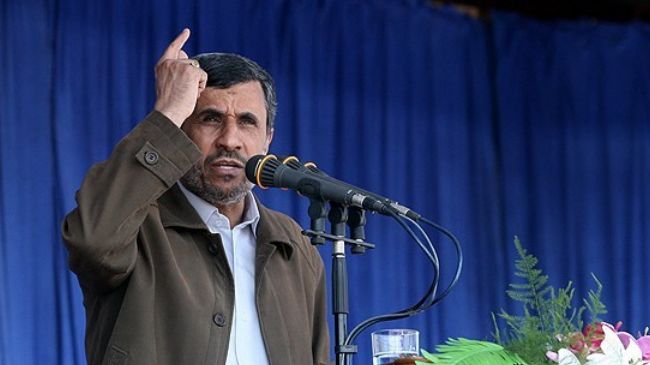 Iran president still a force even as his era ends 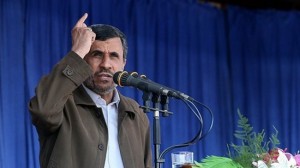 BIRJAND, Iran (AP) — When many struggling families in this eastern Iranian city take stock of outgoing President Mahmoud Ahmadinejad’s legacy, it’s not about the oratory full of bluster and menace or his tussles with Iran’s ruling system that are known to much of the world.

What matters more here are the dusty rows of government-subsidized, two-story apartment buildings on the outskirts of the once-neglected outpost – testament to an effective populist outreach that has won the president millions of loyal backers in the provinces.

That support could give him influence beyond next month’s election to pick his successor, underscoring how public opinion is relevant in Iran despite the heavy hand of clerical rule.

At first glance, Ahmadinejad may appear as a mostly spent political force. Damaging internal battles with the Islamic establishment over power and policies have left him so politically toxic in ruling circles that the possible leading candidates to replace him have all joined to ridicule his presidency.

But counting Ahmadinejad out grossly underestimates his most critical asset: A deep well of grateful and loyal supporters in hardscrabble places such as Birjand, a city of nearly 300,000 in wind-swept hills near the border with Afghanistan.

EDITOR’S NOTE: This is the second story in an occasional series examining the June 14 Iranian election and the wider global and internal Iranian consequences at the end of President Mahmoud Ahmadinejad’s era.

While Iran’s theocracy holds many levers in the election, including vetting all candidates and deciding who appears on the final ballot, public opinion remains a legitimate force in Iran. It gave pro-reform President Mohammad Khatami a landslide re-election in 2001 and unleashed its fury after claims that vote fraud brought Ahmadinejad back for a second term four years ago.

Now, it’s Ahmadinejad’s backers who could rattle the system. No previous Iranian president has left office on such bad terms with the ruling clerics. A cozy landing for the 56-year-old leader in the inner circle or as an elder statesman is highly unlikely. This leaves Ahmadinejad with his big political ego and his still-significant political base.

His main goal has been to get his chief adviser, Esfandiar Rahim Mashaei, on the June 14 ballot. But the chances that his protege, whose daughter is married to Ahmadinejad’s son, would be approved are sharply dimmed because of his messy power struggles with the clerics.

The relationship worsened in 2011 with a dispute over the choice of intelligence minister. The atmosphere became so divisive that Ahmadinejad boycotted government meetings for 11 days to protest being overruled by Supreme Leader Ayatollah Ali Khamenei, who has the final say in all critical affairs.

Even without Mashaei on the ballot, Ahmadinejad has clout in other ways stemming from his policies funneling money and public works to long-neglected areas.

He could suddenly be transformed from scorned to courted by the front-runners, including a former nuclear negotiator, a top adviser for Khamenei and the mayor of Tehran, if they decide an endorsement from Ahmadinejad could bring in a potential voter windfall in the provinces

Or he could break away and start his own political movement, which could quickly become a serious force. Ahmadinejad cannot run this year because of term limits, but a comeback bid is possible as early as 2017.

The five-day registration period for candidates closes Saturday. The election overseers, known as the Guardian Council, will announce the handful of candidates on the ballot later this month. The list is expected to be weighted heavily toward establishment-friendly hopefuls. Reformists and liberal-leaning groups have been widely crushed and left leaderless after massive street protests following Ahmadinejad’s disputed 2009 victory.

Ahmadinejad was the surprise winner in 2005 by portraying himself as a champion of the poor. In many ways, he has remained true to this identity even as he morphed from loyal foot soldier for the theocracy to an agitator who broke taboos and challenged the authority of Khamenei.

Those failed battles left Ahmadinejad politically humbled and openly derided by the presumed front-runners in the June election. But Ahmadinejad has weathered the storms in the hinterlands. For eight years, his political roadshow traveled to small towns and villages across Iran where many people say even local authorities had never visited.

His government redirected oil revenue into development projects and cash handouts in impoverished areas. His critics called it demagoguery and evidence of gross fiscal mismanagement, which is blamed for soaring prices and worsening the blows from international sanctions over Iran’s nuclear program. Yet it also earned Ahmadinejad the devotion of millions outside Tehran and other major cities.

In a rare message to his eventual successor, Ahmadinejad said last week that government “subsidies belong to the people” and they should continue despite the shrinking resources under sanctions.

Ahmadinejad has offered no clear signals on his next moves. Any kind of political future, though, would almost certainly tap into the support built in rural areas and small cities such as Birjand, which had some of the highest reported turnout for Ahmadinejad in the past two elections.

“My husband would have never been able to buy a place to live in his lifetime without Ahmadinejad’s support. God may prolong his life,” said Razieh Esmaeili, 41, whose husband works in a bakery. Last year, they received an apartment in Birjand’s Mehr housing development, part of a nationwide low-income project initiated under Ahmadinejad.

“I’ll vote only for the candidate Ahmadinejad supports,” she added.

The low-income housing project, however, also is an example of the shortcuts taken by Ahmadinejad’s government in its populist outreach.

The streets are still dusty. Electricity and natural gas have been hooked up gradually, but some of the houses still don’t have water, which is supplied by a tanker truck. Some of the houses were given to residents half-complete.

Still, few in Birjand complain about the president – a major contrast to Tehran where even Khamenei in February described Ahmadinejad’s combative political style as “bad, wrong, inappropriate.”

The taxi driver Farsi likes to recount a story about a 2005 letter he wrote to Ahmadinejad asking for help to expand his small house.

“My family and I will vote for anyone who will be supported by Ahmadinejad, no matter if is Mashaei or somebody else,” said Farsi, who is also an active member of the Basij, a paramilitary force allied with the Revolutionary Guard in the South Khorasan province around Birjand.

But Abdollah Hadinia, conservative editor of Khorasan daily in Birjand, has dropped his support for Ahmadinejad after the feud with Khamenei.

“I was proud of Ahmadinejad’s statements. But some of his decisions in the past two years have shamed us,” he said. “He deviated from his path, and this has harmed has popularity.”

Still, there is little sign of reformist activity in Birjand, which reflects the significant gulf between the pockets of liberal-leaning politics in some of Iran’s urban areas and the deep traditionalism in the provinces. Voters in Birjand will likely look to Ahmadinejad for cues on how to vote.

“A pro-Ahmadinejad candidate will have a good number of votes. There are 2,000 villages in South Khorasan province and most people in those villages have benefited from Ahmadinejad’s government,” said Abolfazl Zahei, a pro-reform activist. “People here care about making their ends meet and welfare, not politics.”