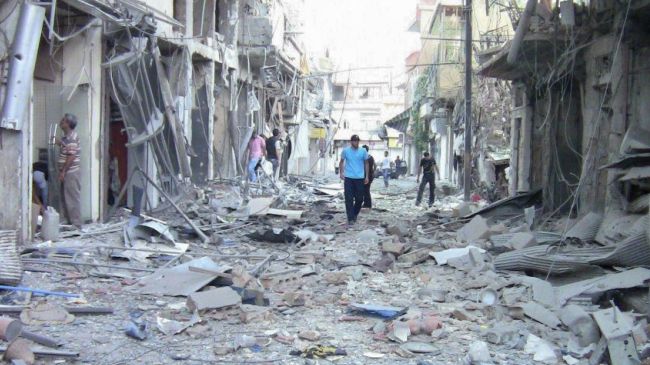 Iran and Russia are true friends of Syrian nation: Analyst 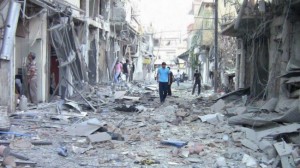 In a Thursday interview with Press TV, Anas Jaboua, with the London-based Syrian Social Club, described Iran and Russia as “true friends of the Syrian people” as Tehran and Moscow are seeking to achieve a peaceful solution to the ongoing bloodshed in Syria.

“What we can see here is that Russia is heading [toward] and aiming to achieve a political solution for Syria and for the Syrian people; so is Iran as well,” Jaboua said.

He further criticized the United States for its dual behavior toward the Syrian issue.

“On the one hand, they [Americans] say yes, we are in need for a political solution for the area, political solution will bring stability again to the Middle East, to the whole area; but on the other hand what we can see is that they are always funding and helping the armed militias,” he added.

According to Jaboua, Western countries and their allies are after creating unrest in Syria and the whole Middle East in an effort to provide stability for the regime of Israel.

Western powers and their regional allies including Israel, Turkey, Saudi Arabia and Qatar have teamed up in supporting anti-Syria militant groups, including al-Qaeda-linked terrorists, to destabilize Syria and overthrow the government of President Bashar al-Assad.

On April 21, US Secretary of State John Kerry said Washington has boosted its support for the foreign-backed militants in Syria, with what he called a non-lethal package, which would provide an additional USD 123 million aid to the militants, bringing the total of US help to USD 250 million.

Anas Jaboua, Iran, Quoted, Russia, Syria crisis May 10, 2013
Turkey parliament speaker calls for enhancement of Ankara-Tehran ties
Iran in a flutter over Ghalibaf and yellow as a campaign colour