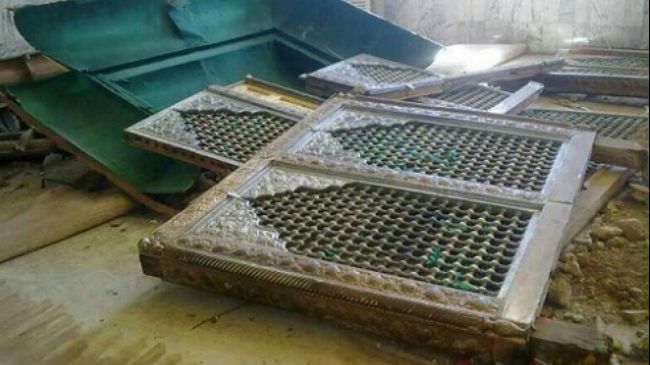 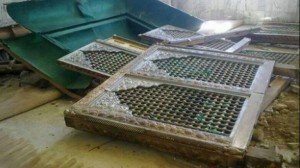 My heart aches when I see what is happening to Syria today. It terrifies me that this country, once a beacon of civilization, is being transformed into a slaughterhouse. That area which is steeped in history has become the site of methodical destruction where nothing is spared. In the longest inhabited capital on earth, the smell of blood overwhelms the nectar of jasmine.

Is this a fate befitting of Syria, which was once a place of reconciliation and peaceful coexistence? My question here is directed at my co-religionists who have raised the banner of opposition, reform, and change. Is this really what you want to see in this country – bloodletting at the hands of professional mercenaries sent here to sully the name of Islam and Syria?

Are we both truly the followers of that great Prophet Mohammad? If he were amongst us today, would the Prophet have approved of the ongoing sectarian slaughter and the killing of Muslims simply because they have a different point of view? Would he have approved of the destruction of holy sites and the digging up of sacred tombs as was the case recently with that of Hujr Bin Uday, one of the Prophet’s companions?

Do you really believe a new order can emerge out of this relentless destruction, or through the barrel of a gun, or by way of a car bomb? Is it not enough that our Zionist enemy has come out into the open with its recent aggression against Syria, only to confirm that the war on Syria seeks to undermine its dignity and sovereignty?

Is this the price Syria must pay for being part of the resistance in the region, for standing up for the Palestinians in their struggle to retrieve their land? Shall we stand by and watch this state, which changed the regional equation, become prey to the forces of Zionism and imperialism?

Perhaps, at the beginning of the Syrian crisis, there was some confusion around what was happening, but after all that has taken place since then, does anyone have a doubt that what is happening is nothing more than a proxy war on Syria?

Those who truly want freedom have no interest in debilitating the country’s infrastructure by attacking hospitals, schools, factories, universities, and the oil and gas sector. They destroy in months what takes years and decades to build. It is not logical for a person to burn down a country just to light a cigarette.

From the very beginning, the position of the Islamic Republic of Iran was as clear as the sun. We support the legitimate demand of the Syrian people, while at the same time, we reject the resort to violence in all its forms and are opposed to foreign intervention under any guise.

We have also maintained that anyone who sets preconditions to a comprehensive dialogue between the opposition and the regime is deliberately undermining any possible step towards resolving the crisis. In my view, such a person or group is only working to achieve the goals set by foreign powers.

I see no solution for the Syrian people’s demand for self-determination and for choosing their regime and president other than to carry out free and transparent elections. The Syrian people alone can determine the nature of their government and who will lead it. And whoever truly wants to reform the country cannot but think along these lines.

It is my wish as Iran’s foreign minister that regional organizations – along with anyone with influence in this part of the world – do all they can to put a stop to the escalating tensions in Syria, which have undermined any possibility of a political solution. I ask those who are engaged in inciting Syrians against one another and sending weapons, terrorists, and mercenaries to stop doing so.

They should know by now that the armed groups in this country work outside the realm of principles and ethics – nothing deters them. Their growing extremism and their access to arms threatens the stability of the region as whole. Anyone who is playing this game in Syria knows well that they cannot escape its repercussions – after all, the Afghan experience is not far behind us.

The Islamic Republic of Iran, which has done all it can to convince all sides of the Syrian conflict to sit down and talk to one another, is prepared to do more in this vein. We have engaged all the political currents in Syria and have worked to remove any obstacles that stand in the way of a national dialogue to be held in Damascus.

We put forward an initiative for resolving the conflict and presented it to all the parties involved. We even announced our acceptance in advance of any plan that seeks a political resolution regardless of who proposes it. The regime has shown some flexibility and reacted positively to our efforts, and so have some factions in the opposition. I ask those who have ignored it: Why do you not give our initiative any importance, why do you not take it more seriously?

I declare here that Iran is fully prepared to support any fair and just proposal which guarantees both the interests of the Syrian people and the return of stability to this troubled nation. Iran appeals to all those who influence public opinion to do all they can to expose those attempts at incitement and fratricide that target the Islamic nation, in an effort to bleed it dry and further divide what has already been divided in it.

Finally, it is truly unfortunate that all this energy and resources are being expended in order to destroy this country that is close to all of our hearts, instead of being mobilized for the sake of Palestine – the icon of all Arabs and Muslims, and their number one cause.