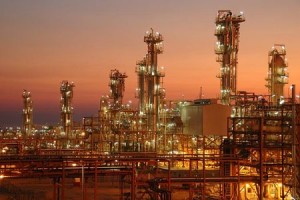 A view of Iran’s South Pars Gas and Oil Field

Managing Director of the National Iranian Oil Company (NIOC) Ahmad Qalebani announced on Wednesday that the gas field is located in Iran’s western province of Ilam, covering an area of 28×4 square kilometers in the eastern part of the province.

The newly-discovered field also holds nearly 175 bcf of recoverable gas, according to Qalebani.

The Iranian official further said that this is the first sweet gas field to be discovered at an altitude of 1,000 meters.

He described the discovery of this gas field as a great achievement in the country, saying it will have a positive impact on Iran’s oil industry despite US-led sanctions imposed on the Islamic Republic over its nuclear energy program.

Iran’s giant offshore South Pars Gas Field, which is shared with Qatar, holds about 14 trillion cubic meters (tcm) of gas, or about eight percent of the total world reserves, and more than 18 billion barrels of liquefied natural gas resources.