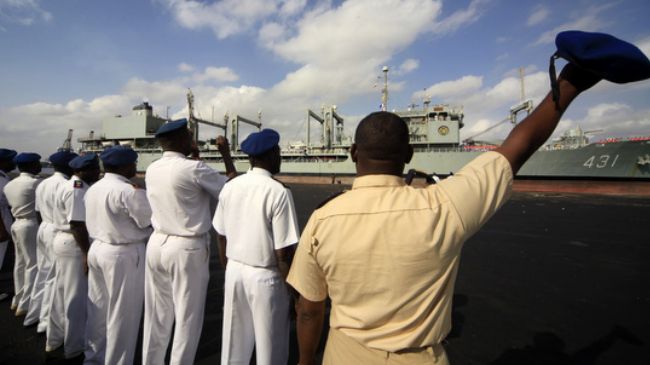 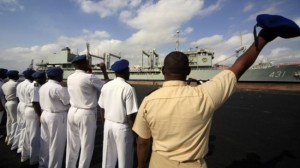 Commander of Sudan’s Naval Forces Lieutenant General Dalil al-Daw says the presence of the Iranian fleets in the Red Sea insures security in the waters.

The Sudanese commander said his visit to Iran is aimed at strengthening strategic ties between the two countries, adding that Tehran has agreed to provide the Sudanese Navy with military equipment it needs to secure its coastlines.

For his part, Sayyari pointed to the previous two occasions where Iranian naval fleets have called at Sudanese ports and said Iran plans more such dockings. He added that the two sides have agreed on further cooperation regarding security in the Gulf of Aden and the Bab el-Mandeb Strait, which connects the Red Sea to the Gulf of Aden.

“We are closely monitoring the movements of foreign countries in the in the Gulf of Aden, Sea of Oman, and the Bab el-Mandeb Strait,” he noted.

Sayyari stressed the capabilities of the Iranian Navy, including its strategic presence in international waters and its achievements in freeing Iranian and Chinese commercial vessels hijacked by pirates in the Gulf of Aden.

He further stressed Iran’s readiness to train Sudanese naval forces, expressing hope that the two countries would expand their maritime cooperation given their strategic positions.