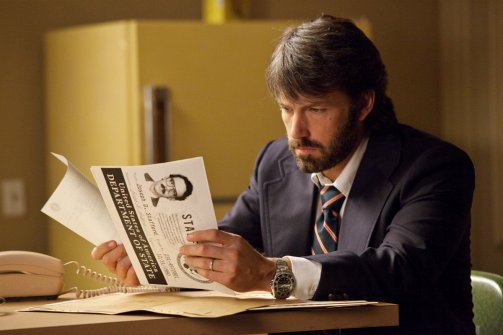 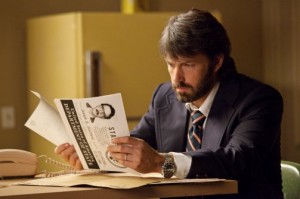 In response to last year’s Oscar-winning film Argo, based on the real-life rescue of a handful of American citizens during the 1979 Iranian Revolution, Tehran plans to sue Hollywood filmmakers who participate in the production of such “anti-Iran” propaganda films.

In the movie, in which director Ben Affleck also plays the lead role, Iranian officials are shown being outwitted by an elaborate CIA plan to camouflage the U.S. diplomats fleeing the country as part of a team scouting locations for an outlandish science-fiction film.

Iranian authorities have labeled Argo a propaganda attack against their nation and humanity. The country’s state-run broadcaster Press TV complains that the film is “a far cry from a balanced narration” and is “replete with historical inaccuracies and distortions.” The film was banned from the general public – not that this accomplished anything, since an estimated “several hundred thousand copies” have been sold by DVD bootleggers who say it’s their biggest seller in years. As an additional measure, Iranian officials held a private screening of Argo as part of a conference called “The Hoax of Hollywood” and called it a “violation of international cultural norms,” whatever those are.

Press TV detailed its objections to the film in an online article: “The Iranophobic American movie attempts to describe Iranians as overemotional, irrational, insane, and diabolical while at the same time, the CIA agents are represented as heroically patriotic.” At the risk of speaking for Ben Affleck, I would respond that the movie does not depict all Iranians this way, only the murderous Islamic fundamentalists who took over the country, and who already do a great job living up to the description “irrational and diabolical.”

Nonetheless, Press TV reports that offended Iranian officials have talked to an “internationally-renowned” French lawyer about filing a lawsuit. “I will defend Iran against the films like Argo, which are produced in Hollywood to distort the country’s image,” said attorney Isabelle Coutant-Peyre. In a curious, Hollywood-worthy twist, Coutant-Peyre just happens to be the wife of mega-terrorist Carlos the Jackal, currently imprisoned in France where he converted to Islam.

Is Argo faithful to every historical detail? Of course not (its deviations from reality have been documented here) – no historical dramatization on film is unfailingly accurate, nor can it be, otherwise it would be a documentary (and even documentaries bear the points of view of their filmmakers, who are necessarily selective about the facts they include). Movies need to tell stories, and they tell them in ways that meet certain structural requirements of good storytelling. But of course the Iranian authorities are not interested in what Press TV called “a balanced narration” anyway; they want to sanitize their reputation with their own inaccuracies and distortions.

And it looks like they intend to do just that. To counter Argo, Iran plans to fund a movie entitled The General Staff, about twenty American hostages who were handed over to the United States by Iranian revolutionaries (Iranian screenwriter Farhad Tohidi has also announced plans for a TV series, The Broken Paw, about the seizure of the U.S. Embassy). “This film,” said The General Staff’s director Ataollah Salmanian, “which will be a big production, should be an appropriate response to the ahistoric film Argo.” He said he hoped to secure funding from the Art Bureau wing of the propagandists at the Islamic Ideology Dissemination Organization.

The General Staff, which will begin shooting next year, will be based on eyewitness accounts, Salmanian said. Press TV cited him as saying that his film would depict “the historical event, unlike the American version which lacks a proper view of the story.” And by “proper,” of course, he means Iran-centric. Kenneth Taylor, the Canadian ambassador portrayed in the film, told The New York Times, “It will be amusing to see what they take issue with.”

Affleck too responded to Iran’s plans:

You have to understand, this is a sort of Stalinist regime in this place that is extremely repressive. It’s governing a nation full of millions of wonderful, amazing people, so to be part of this movieArgo that seems to have kids up and paying attention – so this Stalinist regime feels the need to sort of push back somehow, I think is a tremendous badge of honor.

It is, and good for him for not sucking up to the Iranian regime like some other Hollywood luminaries have. Four years ago an unofficial delegation from Hollywood’s Academy of Motion Picture Arts and Sciences set out to visit Iran as part of a “cultural exchange” that might soothe tensions between our countries. Iranian cultural advisor Javad Shamaghdari laid out for the Hollywood representatives exactly what Iran wanted out of the meeting: “If Hollywood wants to correct its behavior towards Iranian people and Islamic culture then they have to officially apologize,” he said.

D. Parvaz, an Iranian journalist for Al Jazeera, recently wrote a defense of Iran’s sensitivity to Argo (and to other less-than-flattering portrayals of Iran as in films like 300 and Not Without My Daughter) for the reliably pro-Islamic Huffington Post, in which she expressed her and her countrymen’s weariness at the treatment of her “fatherland” in the media: “It’s all nuclear this, human rights that” she complained. [Emphasis in original]

Yes, how terribly unfair that the media dwell on Iran’s stated intention to wipe Israel from the map or to bring the Great Satan America to its knees with the nuclear weapons it is acquiring in the face of international condemnation. How biased of the media to shine a light on the fact that Iran publicly hangs teenage gays from cranes, stones adulterers to death, rapes and tortures female protesters, and publicly assaults women for wearing western jeans and hairstyles.

If Parvaz wants her fatherland to quit producing such public relations faux pas, perhaps she could speak to the regime there about reining in their medieval insanity and hatred. Perhaps she could recommend to the mullahs that they disband their terrorist minions in Hezbollah, stop exporting IEDs, and enter the 21st century. That will go a long way toward rehabilitating Iran’s image problem.