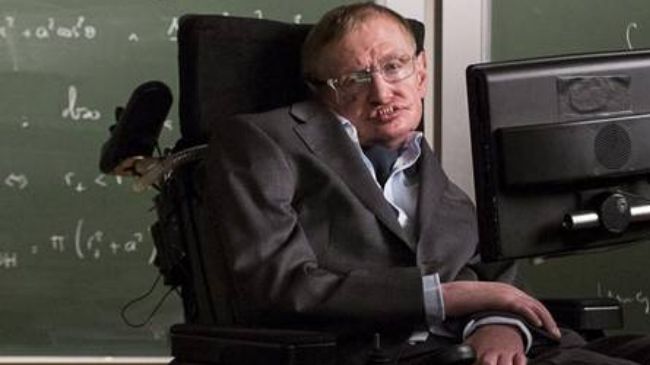 Five reasons why Hawking is right to boycott Israel 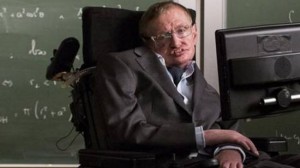 Hawking should be commended for pulling out of an Israeli conference as a protest at Israel’s treatment of Palestinians.

As announced by the British Committee for the Universities of Palestine (BRICUP) and subsequently covered by The Guardian, Reuters and others, world-renowned theoretical physicist and cosmologist Professor Stephen Hawking has decided to heed the Palestinian call for boycott, and pull out of an Israeli conference hosted by President Shimon Peres in June. After initial confusion, this was confirmed – Hawking is staying away on political grounds.

Here are five reasons why Professor Hawking is right to boycott:

The Israeli government and various lobby groups use events such as the “Presidential Conference” to whitewash Israel’s crimes past and present, a tactic sometimes referred to as “rebranding”. As a Ministry of Foreign Affairs official put it after the 2009 Gaza massacre, it is the kind of approach that means sending “well-known novelists and writers overseas, theatre companies, [and] exhibits” in order to “show Israel’s prettier face, so we are not thought of purely in the context of war”. “Brand Israel” is all about creating a positive image for a country that is the target of human rights campaigners the world over – as if technological innovations or high-profile conferences can hide the reality of occupation and ethnic cleansing.

Despite his reputation in the West as a “dove”, Peres’ career to date includes war crimes in Lebanon,support for collective punishment of Palestinians in Gaza, and, in private discussions, incitementagainst non-Jewish citizens. Anyone would do well to avoid a conference hosted by such a hypocrite. Simply not being Ariel Sharon does not really cut it; Peres should be scheduled for a trip to The Hague, not welcoming foreign dignitaries and celebrities.

3. Boycott is not incompatible with ‘dialogue’

Contrary to the rhetoric of Israeli officials and sympathisers, boycott is not contrary to dialogue. Hawking’s decision, for example, will mean people are discussing Israeli policies and strategies for ending occupation. That is not atypical – BDS initiatives often encourage a meaningful exchange of views and perspectives. However, some people abuse the concept of dialogue to defend an asymmetrical status quo, leaving intact a colonial power dynamic where, in the words of South African poet James Matthews, “the oppressor sits seared with his spoils/with no desire to share equality/leaving the oppressed seeking warmth/at the cold fire of/Dialogue”. Boycott has nothing to do with having, or not having, conversations – it is about accountability for, and opposing, basic violations of a people’s rights. Confronting and resisting the reality of Israeli apartheid begets a dialogue that is fully realised in the context of equality and decolonisation.

The boycott is grounded firmly in the well documented facts of Israeli policies. The US State Department speaks of “institutional discrimination” faced by Palestinian citizens, while Human Rights Watch says Israel maintains a “two-tier system” in the West Bank. From the “discriminatory” control and distribution of water resources (Amnesty International) to the “forced transfer of the native population” (European Union), it is no wonder that the UN’s Committee on the Elimination of Racial Discrimination has reportedIsrael as violating prohibitions against “racial segregation and apartheid”.

Illegal settlements are used to colonise the West Bank, Palestinians in Gaza are blockaded and bombed, Palestinians in East Jerusalem have their homes demolished – and all the while, of course, expelled Palestinian refugees just a few miles from their properties are still prevented from returning home on the basis they are not Jews. And note that the “But what about China/Myanmar/Syria etc” line misses the point (as well as placing Israel in some rather interesting company). A boycott is a tactic, advisable in some contexts, and not in others. It is not about a scale of injustice or wrongdoing. It is about a strategy targeting systematic human rights abuses and breaches of international law, called for by the colonised. Which brings us to…

1. The Palestinian call for solidarity

Palestinians suffering under Israeli apartheid are calling for Boycott, Divestment and Sanctions (BDS) as a strategy in the realisation of their basic rights, a fact that many Zionists choose to ignore when attacking boycott campaigns. The Palestinian civil society call for BDS was officially launched on July 9 2005, a year after the International Court of Justice’s advisory opinion on the illegality of Israel’s Separation Wall. Signatories to the BDS call come from representatives of Palestinians in the West Bank and Gaza Strip, Palestinian citizens of Israel, and Palestinian refugees. Since then, growing numbers of people in the likes of academia, the arts world, trade unions and faith communities have answered the BDS call with initiatives that put the focus firmly on Israel’s routine violations of international law and ending complicity in these crimes. Professor Hawking is to be commended for seeking the advice of Palestinian academics, and heeding their request for international solidarity in a decades-long struggle for freedom and justice.