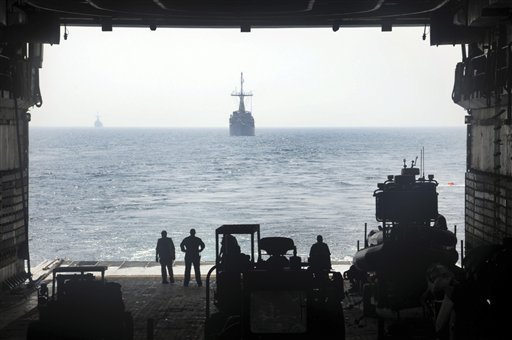 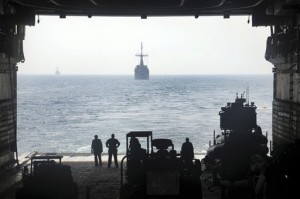 (Reuters) – The United States and its allies are preparing for naval exercises in the Persian Gulf energy export hub that will include minesweeping and escorting commercial ships in a region where Iran is seen as a threat both to trade and security.

Forty-one countries are taking part in the two-week International Mine Countermeasures Exercise (IMCMEX-13) to practice minesweeping and protecting ports and energy installations in the Persian Gulf.

“If 41 nations are willing to come here and practice MCM, just imagine how effective the global mine response would be if someone actually put mines in the water.”

Iran repeatedly threatened to block the Strait of Hormuz, east of Bahrain, in early 2012 during heightened tensions with the West over Tehran’s disputed nuclear program.

Iranian threats to block Hormuz have since subsided, but the nuclear impasse remains.

There is also growing unease in the Middle East over Gulf Arab support for rebel uprisings against Tehran’s ally, Syrian President Bashar al-Assad.

Dropping mines is one way to disrupt shipping through the narrow route through which most of the Persian Gulf’s oil and gas is exported and many of the goods it consumes are imported.

The phase of the exercise staged on water, which begins next week, will involve 35 ships, 18 unmanned underwater vehicles and dozens of underwater explosives disposal divers.

In addition to minesweeping and flying drones, this year’s event will include oil spill crisis management and protecting offshore terminals that oil and gas exporters rely on.

Last year’s exercise included Britain and France, several Middle Eastern states and countries from as far afield as Estonia and New Zealand. The countries taking part this year have not been named.