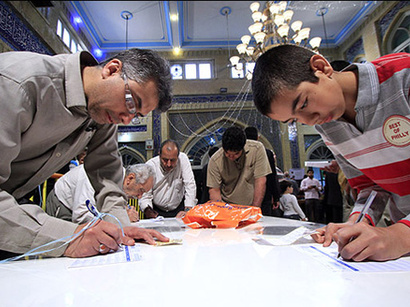 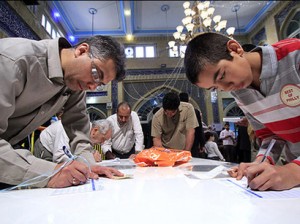 Today’s top stories in Iran include registration of 58 candidates for presidential election until now; allocating no reference currency to import of drug; protesting of Iranians in objection to desecration of shrine by militants in Syria; starting of seventh court session hearing of the Kahrizak incident and Ahmadinejad order on restoring Lake Urmia.

As of yet 58 people registered for presidential election in Iran

So far 58 people have submitted their registratons for the upcoming presidential elections in Iran, deputy head of the electoral headquarters, Hassan Ali Nouri said, Fars reported.

No reference currency allocates to import of drug: official

Iranians  censure desecration of shrine by militants in Syria

Iranian people will stage a demonstration across the country to condemn the desecration of the grave of a Shia Muslim figure in Syria on Friday, 10 May.

The seventh court session hearing of the case of suspended judges of the Kahrizak incident has started today, according to Mehr news agency.