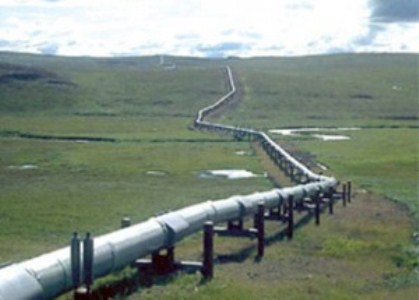 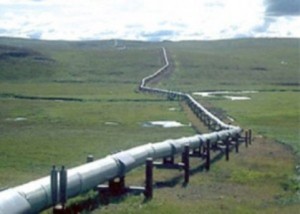 Lawmakers who back natural-gas exports are trying to woo skeptical Democrats by arguing the sales would boost American power at the expense of Russia and Iran.

Russia has long dominated the market for natural gas in the Eastern hemisphere, with Iran being another major supplier. But booming production in the United States presents an opportunity to undercut those countries by selling more natural gas abroad, including to allies like Japan and India, boosters say.

Supporters of increased exports are increasingly citing the geopolitical benefits as they try to win over Democrats, many of whom fear shipping more natural gas abroad would cause price increases back home.

The issue will be front and center on Tuesday during a hearing of a House Energy and Commerce subcommittee that will feature testimony from two former Democratic senators — Byron Dorgan (N.D.) and Bennett Johnston (La.).

Rep. Lee Terry (R-Neb.), who serves on the subcommittee, said the geopolitical aspect of the export debate has the potential to bring the two parties together.

Terry was part of a bipartisan coalition of current and former lawmakers that met over the weekend with Turkish Prime Minister Recep Tayyip Erdogan and Energy Minister Taner Yildiz. He said the Turkish officials indicated they would buy natural gas from the United States — instead of from Iran — if they had the option.

“He told us that, if the U.S. would sell them natural gas, then he would buy it today, and he wouldn’t have to buy it from anywhere else,” Terry said of Yildiz. “That’s a way we can shore up an ally in an unstable region that we need as an ally.”

The House hearing on Tuesday will touch on 20 proposals under Energy Department (DOE) review that would green light exports to nations that lack a free-trade agreement with the United States.

Such deals face more administrative scrutiny, as federal law requires them to be in the national interest. Democrats have urged the department to exercise caution, fearing approving too many will cause domestic prices to spike.

Meanwhile, energy-hungry foreign governments — including those in Japan and India — have lobbied the White House to promptly approve their applications for exports.

Some lawmakers have accused President Obama of slow-walking the decisions. They fear the United States will miss out as countries such as Australia and Canada rush into the market.

Legislative proposals to expedite exports to NATO allies, Japan and other countries exist in both chambers. Sen. John Barrasso (R-Wyo.) is spearheading the upper chamber’s effort, while Rep. Michael Turner (R-Ohio) has taken the lead on the House version.

Terry said that while he envisions a bill along those lines getting traction in the House, he said, “I don’t think we’re there yet.”

Obama signaled Saturday during a meeting with business leaders in Costa Rica that he is leaning toward approving some of the export proposals.

“I’ve got to make a decision — an executive decision broadly about whether or not we export liquefied natural gas at all. But I can assure you that once I make that decision, then factoring in how we can use that to facilitate lower costs in the hemisphere and in Central America will be on my agenda,” Obama said, according to a White House transcript.

Experts predict the United States will approve three more of the export applications — the Energy Department already has given one the OK — and Moody’s, a credit-rating agency, last week projected the United States would ship about 9 percent of its daily output overseas in 2020.

Those scenarios would create a modest rise in domestic prices, experts say.

“I think it’s a small enough portion of the market that you won’t see the effect. … There’s enough supply in the stack out there to meet the demand for the exports and the domestic market,” Excelerate Energy CEO Rob Bryngelson said last month during a hearing for a subpanel of the House Foreign Affairs Committee.

Analysts say expectations of increased U.S. exports have already allowed Asian buyers to negotiate better prices with Russia. And the glut of natural gas in the U.S. has forced Russia to trade on European spot markets, which offers lower prices than long-term deals.

Charles Ebinger, who directs the Energy Security Initiative at nonpartisan think tank the Brookings Institution, said Asian markets would first benefit from such downward pressure, though he noted it likely “won’t be that momentous.”

But even relatively small changes could assist allies who are going through rocky economic times, according to Sen. Chris Coons (D-Del.).

“This is one of the few times the benefits of our energy exports to our allies has been part of the conversation,” Coons told The Hill. “Most of my life, it’s been our over-reliance on foreign energy sources.”

Coons said he shares the concerns of his Democratic colleagues about price bumps. Still, he said he would push the geopolitical advantages of natural-gas exports during a trio of “roundtables” hosted by the Senate Energy and Natural Resources Committee this month.

House Democrats signaled they are open to the geopolitical arguments for expanding exports.

“On the other hand, it is in our national security interest … to provide secure natural-gas supplies for our allies, and to prevent India from turning to Iran for a natural-gas pipeline,” he said.