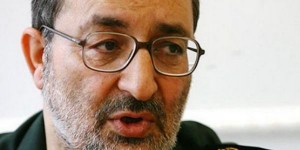 Iran has dismissed reports that Israel’s attack in Syria early yesterday targeted advanced Iranian-made missiles on their way to Hezbollah in Lebanon, calling them “psychological operations” aimed at undermining the Iran-led Axis of Resistance.

By inserting itself into the furor following the attack, Iran highlights how Syria’s local civil war has been sucking in every key actor in a volatile region, and turning it increasingly toward a full-blown a proxy war. Between Israel’s strikes and Iran’s overshadowing presence in the analysis after the attack, there is little doubt that the risk of spillover now looms larger.

Western and Israeli news reports quoted intelligence officials stating that Israel targeted a consignment of Fateh-110 missiles intended for Hezbollah, which would have bolstered the Lebanese militant group’s already-extensive missile arsenal, enabling it to reach Tel Aviv and much of Israel from southern Lebanon.

Comments by Iran’s Supreme Leader Ayatollah Ali Khamenei today also underscored the increasing sectarian nature of the Syrian conflict. He warned that the recent desecration of a Shiite shrine near Damascus by rebel Sunni extremists with an “evil mindset” risked fanning Shiite-Sunni hostility.

Hezbollah reportedly already has such missiles, as well as a Syrian-made version. For decades, Iran has used Syria as a conduit to provide such weaponry to Hezbollah in its fight against Israel.

Iran’s top brass were careful with their choice of words, claiming that Syria had no reason to have any Iranian-made weapons that Israel might want to target – and that Hezbollah no longer needed such Iranian hardware, either.

“Fortunately, the Resistance movement has become mature enough to defend itself very well against any kind of aggression,” said Jazayeri, according to Fars News Agency. “What [Palestinian] Hamas employed to defend itself [and] Hezbollah military capabilities are totally homemade.”

The strike was Israel’s second in recent days against Syrian government targets. Damascus’s allies – Iran, Hezbollah, and to a lesser degree Russia – have lined up against what has become a proxy fight with the US and Sunni nations like Qatar and Turkey.

Israel has not officially claimed responsibility for the attacks, which Syria’s Deputy Foreign Minister Faisal Mekdad called a “declaration of war.”

Israel has insisted it is not seeking to take sides in Syria’s civil war, but it will take action to prevent Syria and Iran from supplying “game-changing” weapons to arch-foe Hezbollah.

Israel’s attack could affect Iranian calculations. Last January, Ali Akbar Velayati, a top adviser to Iran’s Supreme Leader Ayatollah Ali Khamenei and a possible presidential candidate in June 14 elections, warned that an attack against Syria would be considered an attack on Iran itself.

Rebel fighters and Syrian civilians in rebel-held territory have often reported seeing Iranian fighters and even snipers during clashes, but have produced little evidence. Iranian Revolutionary Guard officers last year confirmed they had a presence on the ground in Syria.

Iran has tread a fine line since the Syrian uprising first erupted in March 2011, in the course of the Arab Spring rebellions that toppled Arab dictatorships in Tunisia, Egypt, and eventually Libya.

Officially, Iran has cheered the other successful uprisings as part of a desirable people-power “Islamic Awakening.” But when it comes to close ally Syria – the only Arab nation that supported Iran in the 1980s Iran-Iraq war – Iran has sided with the regime, calling those who took to the streets to change it “terrorists.”

Syria has provided strategic depth in the Arab world for Iran’s pan-Islamic message of revolutionary resistance against Western hegemony, and provided direct access to the frontline fight against US-ally Israel.

“As a Muslim nation, we back Syria, and if there is need for training we will provide them with the training, but we won’t have any active involvement in the operations,” official Iranian media quoted Iran’s armed forces commander Gen. Ahmad Reza Pourdastan as saying on Sunday.

“The Syrian Army has accumulated experience during years of conflict with the Zionist regime [Israel] and is able to defend itself and doesn’t need foreign assistance,” said Gen. Pourdastan.

Speaking to Iranian officials today, Khamenei condemned the rebel attack on the mausoleum of Hujr Ibn Adi, a close companion of the Muslim prophet Mohammad who was also close to Imam Ali, the 7th-century figure revered by Shiites as the first Imam. The remains were reportedly exhumed and taken away by Islamist rebels of the Nusra Front; pictures posted online showed an empty grave and its ornate covering destroyed at the site near Damascus.

“Muslims’ reaction to this bitter [incident] and condemnation of this move should continue [or] conspiracies will not stop at this limit,” Khamenei said, according to Fars News. The news agency also paraphrased Khamenei saying “the clear footprints of enemies [were] revealed in such sacrilegious moves.”

Iran’s Speaker of Parliament Ali Larijani called the desecration “the Syrian terrorists’ new crime,” using the term used by the Syrian government to describe the rebels arrayed against it.

Condemnation of the shrine attack even came from Yemen, where Yemeni media reported the leader of the rebellious Shiite Houthi community saying, “This action which has been done in line with the Zionists’ criminal plots seeks to increase religious intolerances.”