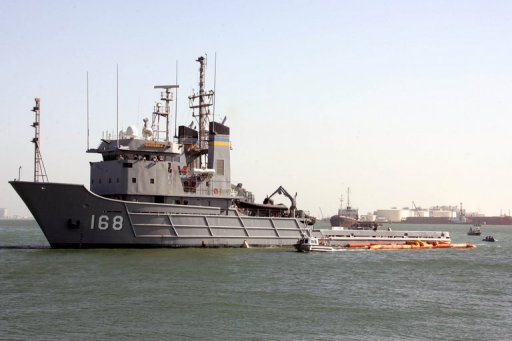 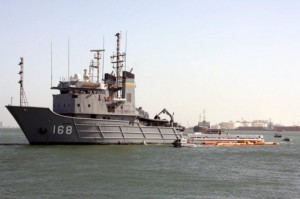 A US Navy Ocean Tug ship of the Bahrain-based Fifth Fleet takes part in an exercise near Manama on November 6, 2007.

TEHRAN — Iran on Tuesday warned against any “provocations” in the Gulf as a US-led international naval force began a massive minesweeping exercise.

“Any movement in the region will be fully monitored by our defence forces,” foreign ministry spokesman Ramin Mehmanparast told reporters when asked about the largest exercise of its kind in the region scheduled to begin next week.

“All those present must be careful not to carry out provocative actions,” Mehmanparast said.

According to the Bahrain-based US Fifth Fleet, 35 ships, 18 unmanned underwater vehicles and more than 100 explosive ordinance disposal divers will take part in the anti-mine manoeuvres running until the end of May.

The exercise is being held in a region that has often been the scene of tensions between Arab states of the Gulf and Iran, under Western pressure over its controversial nuclear programme.

Mehmanparast on Tuesday said “security and stability of the Persian Gulf have the highest priority for Iran”.

Meanwhile, Fars news agency reported a minesweeping exercise was being conducted by Iran in the east of the strategic Strait of Hormuz.

Iran has warned that if it were to come under attack from the US or Israel over its nuclear activities, it would block the strategic Strait of Hormuz, a major oil conduit.

US defence officials insist the exercise is simply designed to hone counter-mine capabilities among allies and partners, denying it is aimed at Iran.