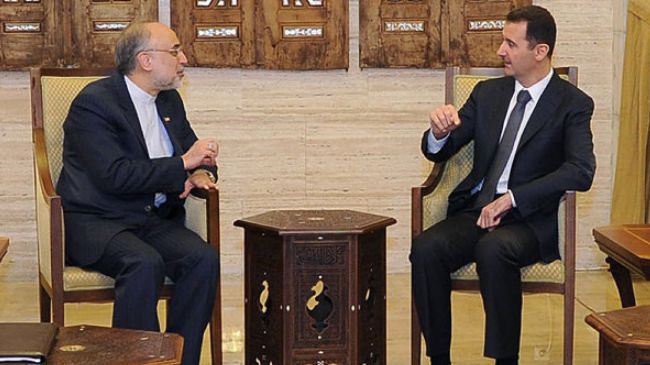 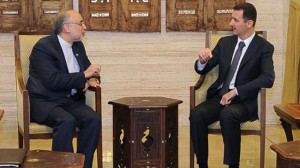 Iran foreign minister has met with Syrian President Bashar al-Assad in Damascus after his brief visit to Jordan where he warned against any foreign intervention in Syria.

Ali Akbar Salehi arrived in the Syrian capital on Tuesday, and went straight into talks with President Assad to discuss the latest developments in the crisis-hit country.

Salehi is visiting Syria in response to an invitation from Syrian Foreign Minister Walid al-Muallem. He is also scheduled to hold key talks with high-ranking Syrian officials.

During his talks in Amman, the Iranian official reiterated Tehran’s support for the Syrian people and government, and voiced the Islamic Republic’s strong opposition to any foreign intervention in Syria.

He also called on the Syrian government and the opposition to resolve the country’s crisis through negotiations.

Syria has been experiencing a deadly unrest since March 2011. Many people, including large numbers of security personnel, have been killed by foreign-backed militants, which Damascus says are trained and supported by the Western powers and their allies in the region.