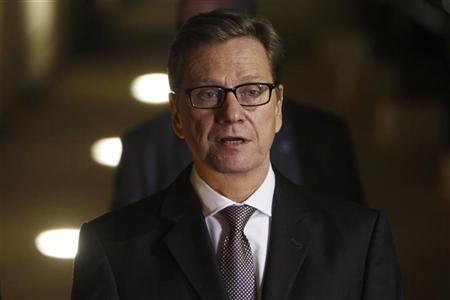 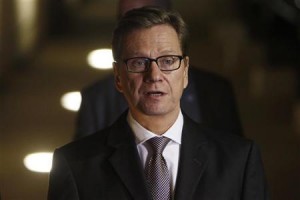 BUDAPEST – While endorsing negotiations with the Iranian regime as the proper path for preventing Tehran from acquiring nuclear weapons, German Foreign Minister Guido Westerwelle told World Jewish Congress delegates from around the world on Monday that “Israel has the legitimate right to defend itself.”

Westerwelle stated that he understood “what security means for Israel,” and having visiting Israel as a student, he “realized just how small Israel is.”

Security for Israel “cannot be taken for granted,” he added, saying that Germany “stands by its commitment to the security of Israel.”

Iran’s nuclear aspirations, he said, “endanger the global nonproliferation regime” and are “a threat for the stability of the entire region.”

However, while Israel has a “legitimate right to defend itself,” and Germany “cannot” accept a nuclear armed Iran, the German politician also added that “a strong and united stance by the international community is the best way to convince Iran to meet its international obligations.”

Forcing Iran to forsake its nuclear program, he explained, can best be done through negotiations and a strong sanctions regime.

Westerwelle called upon Iran to “seriously engage” and asserted that despite Germany’s insistence on negotiations, his government would not “accept talks for the sake of talks.”

Westerwelle also expressed optimism regarding the changes that have taken place in the Arab world since the beginning of the Arab Spring.

While many are skeptical of the “transformation” of the Arab world, he said “young people in the Arab world are now more optimistic about their future than two years ago.”

In what was a probable reference to the role of Islam in political life in nations such as Egypt, Westerwelle said that the West cannot “force upon the Arab countries our understanding of how societies should function.”

However, he added, “we can make a difference,” citing “transformation partnerships with Tunisia and Egypt.”

Germany’s support of democratization efforts in Egypt was expressed in the 2011 “Berlin Declaration” in which Westerwelle, together with his Egyptian counterpart, announced that “we will provide assistance for setting up democratic institutions, we will assist the establishment of greater rule of law and we will promote intercultural dialogue.”

In 2013, according to the German Foreign Office, these efforts will include what it called “stabilizing the democratization process” and efforts by the two countries aimed at “intensifying their bilateral relations in all their aspects.”

The wide-ranging changes in the Arab world have provided a “historic opportunity for Israel to live among democracies… [and] to make peace among free peoples,” Westerwelle said.

Quoting US President Barack Obama, Westerwelle said that “peace is the only path to true security.”

He reiterated Germany’s support for “renewed efforts towards a two-state solution,” due to his belief that “nothing can guarantee Israel’s longterm security better than peace with its neighbors and peace with the Palestinians.”

Referring to the issue of anti-Semitism, which brought the WJC meeting to Hungary in the first place due to the rise of this country’s far Right, Westerwelle said that while tolerance is wise, “tolerance in the face of intolerance is historic foolishness.”

Westerwelle explained that rather than merely protecting Jewish citizens, the countries of Europe must “tackle the root causes of anti-Semitism” through Holocaust education and by standing up against hate “when it comes along in a subtle way.”