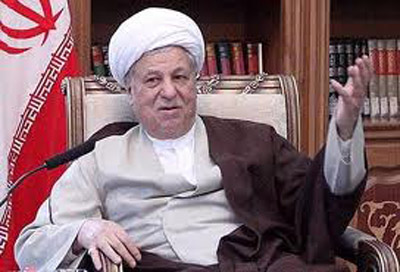 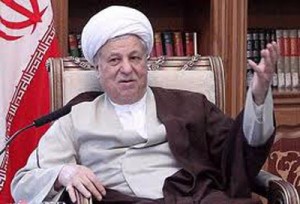 In this rowdy Iranian election season, all of the 26 or so presidential hopefuls are naturally looking for trademark political platforms to adopt. Slogans are plentiful, but going by the different camps’ daily announcements, the aspiring candidates keep probing and yet keep failing to make inroads in public opinion. No doubt, there is plenty of room for additional contenders to throw their hats into the ring.

To put it mildly, the existing pool of talent in the presidential fray has not excited Iranian voters. The common slogans so far have hardly been ingenious: each candidate vows to fight mounting inflation and to bring (what’s left of) the oil money to peoples’ tables; promises to end the ever-evasive corruption; makes fuzzy pledges to fix the economy; and vows to overcome the huge economic difficulties resulting from international sanctions.

The declared candidates have one more thing in common: none of them have so far dared question the so-called “red lines” of the Supreme Leader, Ayatollah Ali Khamenei. And in today’s Iran, there is only one red line that Ayatollah Khamenei cares about more than anything else: no one — including an elected president — should suppose they can go around the Leader to shape Tehran’s relations with the United States. Khamenei’s allies are quick to point this out and this message is coming out more often and more loudly.

On Friday, a top figure close to Khamenei, Ayatollah Emami Kashani, warned that presidential candidates should “not interfere in the fundamental policies of the Islamic Republic” and for example “make statements about [Iran’s] policies toward America.” If anyone was left in any doubt, Kashani made sure to clarify: “Such policy decisions are neither within the responsibility or capacity of [any] president.” In other words, only the Supreme Leader can guide the course toward Washington.

This red line and the powerlessness of candidates to question the logic behind Tehran’s policies toward the US makes the Iranian presidential elections redundant.

Why should Iranians want to vote in an election where arguably the key question of the time — the future of Iranian policies toward Washington — is off limits for presidential hopefuls? No one can deny the fact that much of ordinary Iranians’ economic troubles and the country’s international isolation is due to the US-Iranian confrontation.

Whoever can challenge this lopsided bottom line in Tehran is almost guaranteed to capture the attention of the Iranian voter. And no man has come closer to questioning Ayatollah Khamenei’s sacred red line as Ayatollah Ali Akbar Hashemi Rafsanjani.

Rafsanjani, the once mighty kingmaker and right-hand man of Islamic Revolution founder Ayatollah Ruhollah Khomeini, is still pondering whether to throw his hat into the presidential race.

Rafsanjani and Khamenei were once close allies but their relationship has been teetering for over a decade. Now the former president (1989 to 1997) says he will only seek another term if Ayatollah Khamenei gives him the green light.

This is not a genuine call for Khamenei’s blessing. It’s rather an attempt to force the Supreme Leader’s hand into not only accepting a Rafsanjani candidacy, but also allowing some red lines to be questioned.

Rafsanjani has already started with a bomb. Last week, he effectively impugned Tehran’s stance on Israel and offered the view that Iran should not be in the business of confronting Israel. “If the Arabs end up in a war with Israel, Iran can provide material support to the Arabs”, but that is it and no more. In other words, Ayatollah Rafsanjani, who has for a long time argued for better relations between Iran and the US, is raising the ante and even challenging the regime’s long-held immovable enmity toward the Jewish Israel.

Rafsanjani’s bomb even compelled the usually behind-the-scene figures in Khamenei’s family to stand up. Mohammad Khamenei, the older brother of the Supreme Leader, declared that the United States could not ask for a better candidate in the Iranian elections than Ayatollah Rafsanjani.

This stinging attack was more than likely anticipated by Rafsanjani. In fact, this is exactly the kind of image Rafsanjani wants to cultivate for himself; he knows this event will sit well with an Iranian electorate still waiting to be electrified.

Rafsanjani is not even in the race yet and he is still the only one shaking the political ground in the Islamic Republic.