IRGC ready to counter threats of all kind: IRGC cmdr. 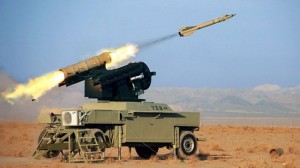 An Iranian commander says Iran’s Islamic Revolution Guards Corps (IRGC) is ready to counter all enemy threats and defend the country against them.

“The most important mission of the IRGC is to protect and safeguard the Islamic Revolution and its achievements,” head of the IRGC Public Relations Department, Brigadier General Ramezan Sharif, said on Sunday.

The commander added that Iran’s achievements in missile defense, individual warfare and ground forces equipment have resulted in the enemy giving up on its plots against the Islamic Republic although it still continues anti-Iran rhetoric.

“The IRGC is ready to defend and counter all enemy threats [against the country] in proportion to the type of threats posed by the enemies of the Revolution and the Islamic establishment ,”he added.