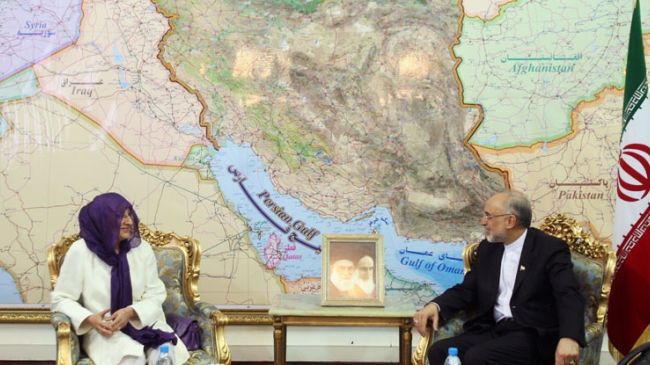 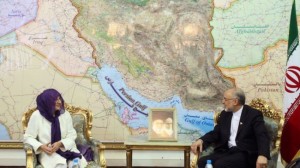 Iranian Foreign Minister Ali Akbar Salehi has urged all Iraqi political groups to remain united in order to safeguard the interests of the Iraqi nation against enemy plots.

Salehi made the remarks in a meeting with Iraqi President Jalal Talabani’s spouse, Hero Ibrahim Ahmed, who is a member of the political bureau of the Patriotic Union of Kurdistan (PUK), in Tehran on Sunday.

The Iranian foreign minister pointed to the enemy conspiracies to undermine stability, security and development in the region; and called on different political factions in Iraq to band together and remains vigilant to thwart the plots.

It is the policy of Iran to support Iraq’s territorial integrity and all-out political and economic development, Salehi underscored.

Denouncing the recent Israeli military aggression against Syria and the ongoing acts of terror committed by foreign-backed militants against innocent civilians in the Arab country, Salehi called for closer interaction among key regional states to help defuse the unrest in the Arab county.

The Syrian state television reported on Sunday that Israel had attacked the Jamraya Research Center, located northwest of Damascus. A number of people were reportedly killed and wounded in the attack, which caused widespread destruction. The center had been targeted by another Israeli airstrike back in January.

The Iranian foreign minister also inquired after the health of Jalal Talabani, who suffered a stroke in December 17, 20, wishing him a rapid recovery.

Salehi further praised Talibani for his key role in protecting the interests of the Iraqi people in the most complicated circumstances.

For her part, Ibrahim Ahmed underscored that Iran and Iraq significantly contribute to regional stability, security and development.

Also on Sunday, in a meeting with Ibrahim Ahmed, Secretary of Iran’s Supreme National Security Council Saeed Jalili called for constructive dialog among the Iraqi groups to settle the country’s political crises.

Jalili said Iraq had managed to overcome all the challenges facing the country thanks to the participation of all groups and tribes.

For her part, Ibrahim Ahmed presented a report on the latest developments in Iraq and called for the further expansion of Tehran-Baghdad ties in all areas.