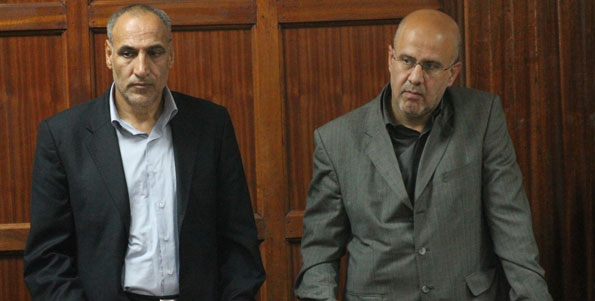 Iranians jailed for life in Kenya over terror charges 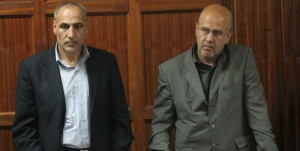 Two Iranians have been sentenced to life in prison by a Kenyan court on terrorism-related charges.

Ahmad Mohammed and Sayed Mousavi were convicted last week of possessing explosives, which they allegedly planned to use for an attack.

“I shudder to imagine the amount of damage that could have been seen,” Judge Kiarie Waweru Kiarie said, AFP news agency reports.

The Iranian government denied that it was part of any plot to target Kenya.

On Sunday, its ambassador to Kenya, Malik Hussein Givzad, said the embassy would help the families of Mohammed and Mousavi to appeal against the judgement.

“As an embassy, what we can do is to assist the families of the convicted to seek redress at the High Court, if the lawyers feel that there was no concrete evidence,” Mr Givzad said, Kenya’s Daily Nation newspaper reports.

“Iran has cordial business relations with Kenya. This was a judicial process, which we respect,” he added.

The court said Mohammed and Mousavi were suspected to have links with a network planning bombings in the capital, Nairobi and the coastal city of Mombasa.

Judge Kiarie said he had decided to sentence them to life in prison because the “cry of victims of previous terrorist attacks is louder” than their pleas for leniency, AFP reports.

Defence lawyers alleged that Mohammed and Mousavi were interrogated by Israeli security officers while in detention.

The prosecution denied the allegation.

Mohamed and Mousavi were arrested in June 2012 and charged with possessing 15kg (33 pounds) of the powerful explosive RDX.

Kenya has been hit in recent years by a spate of bombings and abductions, blamed on Somalia’s al-Qaeda-linked al-Shabab group.

It sent troops into Somalia in October 2011 to help the UN-backed government seize territory from the militants.