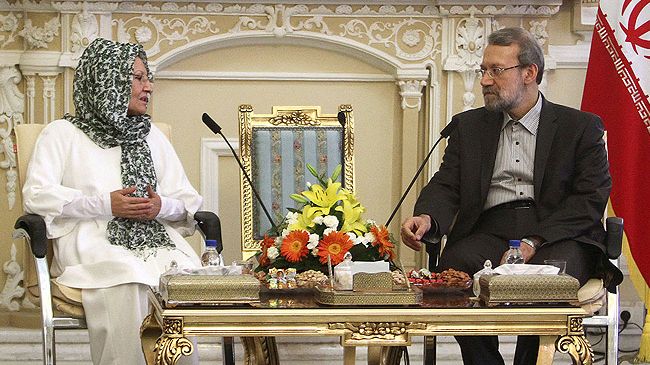 Iran welcomes any bid to establish peace in Iraq: Larijani 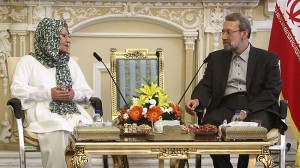 “Dialogue and negotiations among political groups in Iraq can contribute to maintaining peace and stability in the region as well as to [the]development [process] in Iraq,” Larijani said in a meeting with Iraqi First Lady Hero Ibrahim Ahmed in Tehran on Monday.

Pointing to deep historical, cultural and religious bonds between Iran and Iraq, the Majlis Speaker said even the eight-year imposed-war by former Iraqi dictator Saddam Hussein (1980-1988) failed to reduce relations between the two nations.

Ibrahim Ahmed, who is a member of the political bureau of the Patriotic Union of Kurdistan (PUK), expressed appreciation for Iran’s moral and financial support for the people of Iraqi Kurdistan.

She said all political groups in Iraq shoulder the responsibility to resolve the country’s economic and security woes.