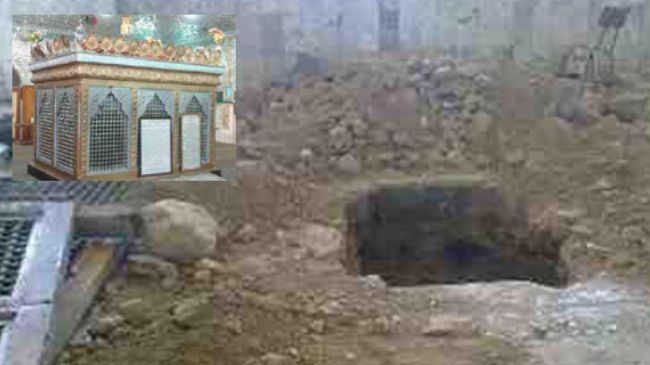 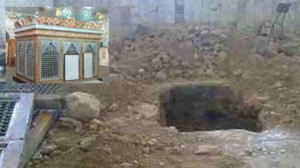 The mausoleum of Shia Muslim figure Hujr ibn Adi, in the Syrian capital of Damascus, before and after being attacked by foreign-sponsored militants.

Iran has strongly condemned the desecration of an ancient tomb on the outskirts of Damascus belonging to a Shia Muslim figure, warning the perpetrators against the consequences of the blasphemous act.

According to reports by online media, the militants in Syria have raided the mausoleum of Hujr ibn Adi in the Damascus suburb of Adra, and taken his remains to an unknown location.

Iran’s Deputy Foreign Minister for Arab and African Affairs Hossein Amir-Abdollahian said on Friday that those behind the sacrilegious act will receive a response that will make them regret exhuming the Muslim figure from the tomb.

He described the perpetrators as the elements of the Israeli regime who have carried out similar moves against holy Muslim sites in occupied Palestine before.

In the meantime, clerics at the Islamic Seminary in the central Iranian holy city of Qom called off classes on Saturday to protest the profane move. They were to stage a protest rally at the seminary to denounce the act of blasphemy.

Hujr – a close companion of the Prophet Mohammad (PBUH) and a loyal supporter of the first Shia Imam Ali ibn Abi Talib (PBUH) – led the army of Muslims to victory in several crucial battles.

He and his sons were murdered on the orders of the Umayyad Caliph Muawiyah in the year 660 CE.