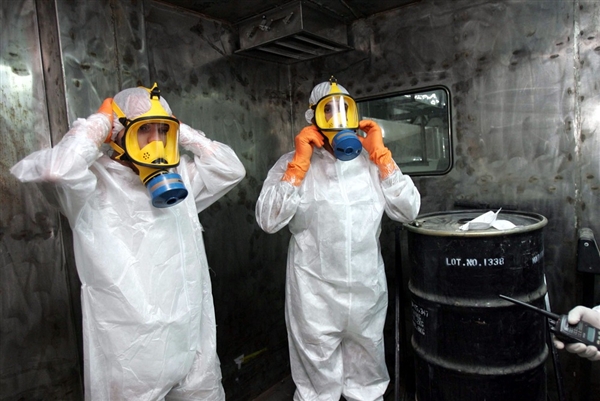 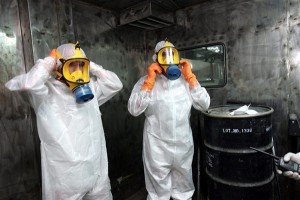 Over the past half-year, it seems that Israel and the West have lessened their attention on the ominous Iranian nuclear program. While just a few months ago, the world was focused on the Iranian nuclear advancement, it is now apparent that the ayatollahs have once again taken advantage of attempts at diplomacy and are now closer to an operational nuclear-weapon system than they have ever been. The time for diplomacy is almost over, and it is imperative that the United States assert what it would consider to be its red line, which, if crossed, would lead to military action to remove the Iranian nuclear threat. Chuck Hagel’s first visit to Israel as secretary of defense was the perfect time for my government to once again make clear to our American friends that decision time on this most existential of issues is almost upon us.

Last September, Prime Minister Benjamin Netanyahu addressed the United Nations General Assembly and drew a red line that symbolically delineated the point at which the international community would no longer be able to stop Iran from developing a nuclear arsenal. Many in the international press and pundits ridiculed the prime minister’s warning, and some even went as far as to call it a cartoonish stunt. Despite the criticism, the prime minister’s speech succeeded in putting the Iranian nuclear program front and center on the international agenda. In the weeks and months that followed, we were witness to countless statements from leaders of Western democracies vowing that they would not stand idly by and allow the ayatollahs’ regime to attain the status of a nuclear power and that “all options remain on the table.”

Then, something happened. Perhaps it was a result of the fact that the citizens of Israel and the United States were deeply engaged in something the average Iranian could only dream of; namely, truly free and democratic elections, in which all votes were counted equally. Or perhaps world attention was averted by the precarious situation in Egypt or the deteriorating scene in Syria. In any case, during this time while the international pressure on Iran lessened, the regime continued with its nuclear progression. In fact, just over the past month, we have seen the P5+1 talks in Kazakhstan end at a complete impasse with no new date set for further diplomatic attempts at curtailing the Iranians.

Not only did Iran reject the West’s proposal that some of the U.N. sanctions be eased in return for an agreement on some restrictions on their supply of enriched uranium, the Iranians went so far as to declare themselves a “nuclear power.” Immediately following the failed talks, the Iranians released one of their bombastic statements claiming they had expanded their uranium production and had made other atomic advances. Whether Iran has truly obtained this technological know-how and whether the statements of President Mahmoud Ahmadinejad should be taken at face value are secondary. It is clear that Iran has no intention of entering a diplomatic process in good faith; rather, it uses each round of negotiations and loss of focus by the West on this issue as an opportunity to advance its dangerous program.

This game has gone on for too long. A clear commitment is needed now by Americans and our other allies to point to a specific date or moment of technological know-how that once reached, will move the international community to act with full force to ensure an end to the Iranian nuclear program.

In other instances, President Obama has shown us how the United States can be a force for positive change on the international stage by taking a clear moral stance. When he warned Moammar Gadhafi that a continuation of attacks on Libyan civilians would have dire circumstances, the free world understood he was serious and stood behind him when the time came to forcibly remove the dictator from power. Similarly, it is our understanding that the Syrians are taking quite seriously the president’s warnings that the use of nonconventional weapons by the regime or its allied militias could bring about unequivocal action by the international community.

During Mr. Hagel’s visit here, we once again thanked him and the American administration for their friendship and assistance in facing the threats we deal with on a daily basis. At the same time, we made clear that in our part of the world, moral ambiguity can often lead to straightforward threats by our mutual adversaries. The world cannot risk the Iranians taking advantage and further drawing out the diplomatic process. If we do so, we might wake up much sooner than imagined to an Iranian announcement that they are now in possession of a deadly nuclear arsenal.

Decision time is almost upon us, and we hope the Americans make the right choices that will ensure freedom and security for citizens of Israel and all the people of the free world.