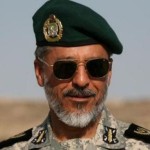 According to Mehr, Iran’s Navy Commander Rear Admiral Habibollah Sayyari has said that the 25th Navy battle group entered the strait of Bab-el-Mandeb, expressing that Iran’s navy aims to provide the security of the area for the country’s ships.

Iran’s Central Bank Governor Mahmoud Bahmani says that according to the Parliament Act, the exchange rate is determined in the next 10 to 15 days, predicting that it will decline in the coming days, Mehr reported.

Iranian parliament speaker: Iran to stand by Syria under any circumstances

The fifth court session of he case of the Kahrizak incident ended today. The next session is scheduled to be held on 5 May, according to Fars news agency.