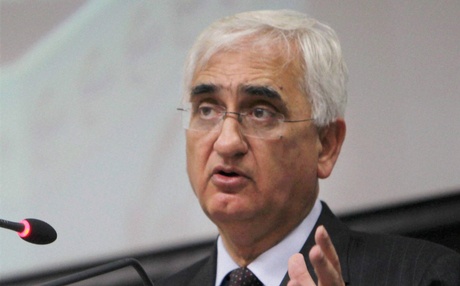 Indian FM to visit Iran May 3 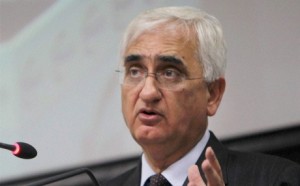 External Affairs Minister Salman Khurshid is visiting Tehran on Friday for talks with his Iranian counterpart during which the Iran-Pakistan-India (IPI) gas pipeline project and development of the Chabahar port that would become a gateway to Central Asia are likely to figure.

“The external affairs minister is going to Iran on May 3,” an official source told IANS.

Khurshid is to attend the India-Iran Joint Economic Commission meeting. Iranian Foreign Minister Ali Akbar Salehi would head the Iranian side at the talks to be held in Tehran.

Six memoranda of understanding in various economic sectors are likely  to be signed during the joint commission meeting, Iranian Ambassador to India Gholamreza Ansari has said earlier.

The two foreign ministers are also to hold bilateral meetings on the sidelines of the commission.

The issue of the Iran-Pakistan-India (IPI) gas pipeline is also set to be raised at the meeting.

Petroleum and Natural Gas Minister M. Veerappa Moily had said in March that the 2,775-km pipeline project to deliver natural gas from Iran to Pakistan and India was “beneficial” and New Delhi was discussing the issue with Tehran and Washington.

Khurshid had also said in January that issues about cost with India needed to be sorted out and the matter would be taken up at the joint commission meeting. The IPI project with India has been stalled over the cost of gas as well as security of the pipeline, 1,000-km of which is to pass through Pakistan.

Iran and Pakistan have already signed pacts to implement the project on a bilateral basis. India has said it would pay for the gas only at the India-Pakistan border and not the Iran-Pakistan border. The last trilateral meeting was held in 2007.

Development of the Chabahar Port is also likely to figure in the talks. The port would provide India a vital link to transport its goods to Afghanistan with Pakistan continuing to deny India transit access to that country.

The Chabahar Port would also provide a link throughout Central Asia.

India’s moves on the Chabahar Port follow Pakistan handing over Gwadar Port to the Chinese earlier this year.

Afghanistan is also likely to figure in the talks with the international forces set for a drawdown next year.

India and Iran plan to reach $25 billion in annual bilateral trade in the next four years.

By The New Indian Express