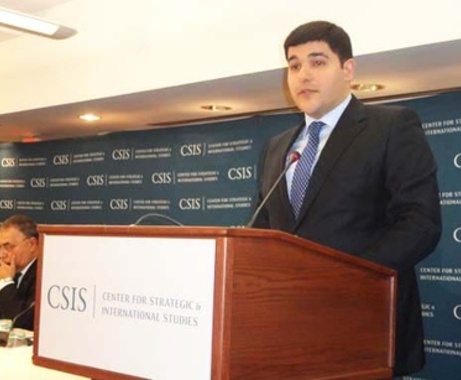 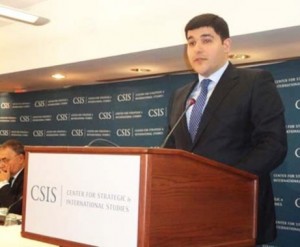 During the 90’s of the last century, Iran has held a leading position among the trade partners of Azerbaijan. However, over the past decade, Iran has started to gradually lose this position. Thus, if in 2007 the trade turnover between the two countries amounted to $540 million, in 2011 this figure dropped to $305 million. At the end of 2011, total trade turnover of Azerbaijan reached $36 billion, and Iran’s share in it was only 0.8 percent. In that year, Iran took the 19th place among the trade partners of Azerbaijan, and in 2012 – 23rd place. According to statistics from Iran, Azerbaijan is now among the top ten trading partners of the country, Mammadov said at the conference.

“Strengthening relationships with other countries, Iran and Georgia, has become a vital issue for Armenia. This is clearly understood in Tehran and their interest in expanding relations with Armenia is demonstrated,” the CSS director said.

According to him, despite the official statements of support for the territorial integrity of Azerbaijan, Iran shows no practical activities to punish the aggressor as well as the OSCE Minsk Group co-chairs.

“On the contrary, trade between Iran and Armenia has increased in recent years. In 2011, turnover reached $335 million, and now the figure stands at $500 million. Officials from both countries said they wanted to bring this figure up to $1 billion. According to the president of Iran Mahmoud Ahmadinejad, 20 percent of the foreign trade turnover of Armenia falls on Iran. According to Armenian sources, the country has registered 500 Iranian companies. There are only 200 of these companies in Azerbaijan,” Mammadov said.

There are several reasons for Iran’s interest in expanding ties with Armenia: Armenia’s support for Iran’s attempts to gain access to the Black Sea basin, the use of information and network resources of the Armenian Diaspora in France, the U.S. and other countries for their own purposes.

During his speech, the CSS head also said some official circles in Iran believe the rumors that Azerbaijan’s territory would be used in the case of an attack on Iran, and thus, perceive Azerbaijan as a threat. However, Mammadov said there was no reason for that.

It should be noted that the delegation of the Center for Strategic Studies of 15 people is on an official visit to the United States. During the visit that will last until May 8, it is expected to hold meetings, conferences and deliver lectures in 20 universities and think-tanks in seven U.S. cities.

May 1, 2013
Missing Indian sailors may have been rescued by Iranians
Iran holds first presidential vote since 2009 protests: Timeline