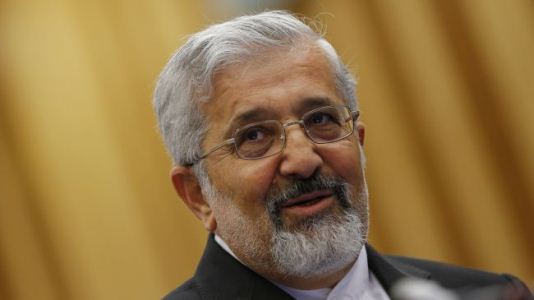 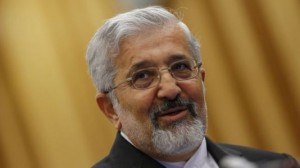 Addressing the second session of the Non-Proliferation Treaty (NPT) Preparatory Committee in Geneva on Monday, Soltanieh said that allowing the Israeli regime to continue nuclear weapons production without any punishment would have serious of consequences for regional and international peace and security.

“Non-proliferation and nuclear disarmament are both sides of one coin. Nuclear-armed countries have diverted the attention of the international community from their constant measures [taken to achieve] nuclear weapons under the pretext of non-proliferation,” he added.

As a responsible country that has no nuclear weapons and carries out merely peaceful nuclear activities, the Islamic Republic of Iran will remain completely committed to NPT objectives.

“We believe that full implementation of the Non-Proliferation Treaty without discrimination plays a fundamental role in promoting international peace and security,” the Iranian envoy pointed out.

He once again renewed Iran’s call for nuclear disarmament weapons based on the NPT regulations, saying nuclear countries should not cooperate with non-nuclear states/entities or non-signatories to the treaty.

Soltanieh further criticized the United States for transferring hundreds of nuclear weapons to certain countries, particularly in the European Union, which have no nuclear arms and stated that Washington has not been committed to its undertakings based on the NPT.

Iran urges the US and European countries to fulfill their commitments in line with NPT regulations and to stop their dual and discriminatory policies, he added.

The Iranian ambassador also called on the IAEA to verify the commitment of European countries which host US nuclear weapons.

Soltanieh said France, the US and Britain have created an obstacle in the way of implementing the NPT by transferring nuclear materials and technologies to non-signatory states or entities and played a great role in the emergence of new possessors of nuclear arms.

“This issue is a blatant violation of these countries’ non-proliferation commitments based on Article I of the treaty, particularly [in the case of]France which is the founder of Israel’s covert nuclear program,” he explained.

Iran has repeatedly expressed its strong opposition to any production, possession or use of nuclear weapons, saying such arms have no place in the Islamic Republic’s nuclear doctrine.

Israel, the only possessor of nuclear weapons in the Middle East, is widely known to have between 200 and 400 nuclear warheads.