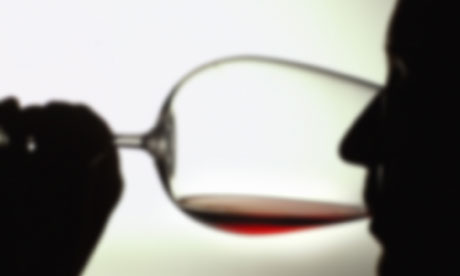 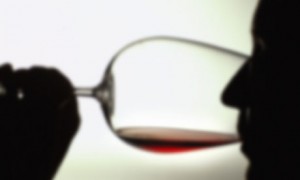 Just before Tehran comes to life and as twilight dawns over the Alborz mountains, two waiting police officers signal for us to stop our car with short, sharp movements of their flashlights.

With tensions high over the west’s economic war with the Islamic Republic and a centuries-old Persian suspicion of violations – real and imagined – by “imperial powers” against Iran, a run-in with the police is enough to quicken the heartbeat of any western passport holder. Worse still, my two friends and I are returning from a party, looking noticeably drunk in a country known for handing out lashes to drinkers.

I remember meeting an engineer in Tehran who told me he had been lashed 80 times last year for being caught by the police officer at the wrong time. “They hurt, but not as much as you’d imagine,” he had said, “The lasher holds a Qur’an under his right arm so he can’t get much of a swing.”

We pull over and Peyman, the driver, looks though the rear-view mirror at the approaching officer. “Don’t say anything!” he whispers quickly, “they just want money.”

As Peyman’s back is turned, the police officer appears at his window and knocks on the window. “Excuse me, my back is to you,” says Peyman, trying to engage the irritated-looking official in taarof, a traditional exchange of blandishments unique to Iran. “A flower does not have front and back,” replies the officer, sarcastically supplying the customary polite response.

He orders Peyman, Mehrdad and I out of the car and, with the help of his colleague, begins an exhaustive search of the car for alcohol, which thankfully cannot be found.

We are lined up against the back of the car and the officer smells our breath. He quickly registers the ubiquitous Armenian-distilled arak – known here as “dog’s sweat” – and becomes visibly angry. “What is your name and where are you from?” he says. My accented Farsi gives me away as a foreigner but the official seems to take no interest.

“You have committed a crime,” he tells us, “We must take you to the jail now and you can see the judge in a couple of days.”

According to Peyman, who has been arrested for alcohol possession before, being taken to a police station in Iran for drinking is viewed as an admission of guilt as you have either been causing trouble or are too pig-headed to pay a bribe. If we are taken, his car will be impounded, we will spend the weekend in a communal cell before being ushered in front of a judge who will, at best, give us a hefty fine or, at worst, give us lashes. In theory, on a third count, a judge can issue a death sentence, but this is diminishingly rare in modern Iran.

Mehrdad, the most obviously drunk of our group, places his hand on the officer’s shoulder and flashes his work ID. “Syeed!” he says, addressing the official with the Persian honorific, “We are engineers! We are responsible members of society.”

“You’ve been drinking,” the officer informs him. “Do you know the penalty for drinking in Iran?”

“I am sober!” shouts Mehrdad. “I can walk in a straight line!”

“What do you think this is? The American police?” retorts the officer, “This is Iran. Alcohol is banned and if I hear another sound from you I will have you engineer card deauthorised with the labour ministry. Your career will be ruined!”

“Sir,” Mehrdad starts but is interrupted by the police officer, who handcuffs his right wrist and, finding nothing nearby to handcuff him to, takes my hand and locks it to Mehrdad. The officer places his hands on our heads and forces us back into our car, where I hold my free hand over Mehrdad’s mouth to stop him making the situation worse.

The “bad cop” returns to his car and I can hear the other officer dutifully playing “good cop” with Peyman. “We want to help you,” he says cloyingly, “but with what your friend said it’s really difficult to convince my colleague.”

Seeing his chance, Peyman moves in for the bribe, depositing into the officer’s hand a large, pink 500,000 rial note, worth about £40 only 18 months ago but, after international sanctions and rampant inflation, it is now worth only £15.

“Sir, can you not see there are two of us,” the officer says, shaking his head at the single note. “We have many [Iran-Iraq war] martyrs in our country and I don’t want to disrespect them by making an exception for you.”

Peyman returns to the car with the officer and sits back in the driving seat. A few moments later we are uncuffed and the officer departs to his own car with all of the cash we had on us, 1,200,000 rials, as he issues a final salvo of taarof: “Thank you kind sirs, sleep well, I sacrifice myself for you all.”