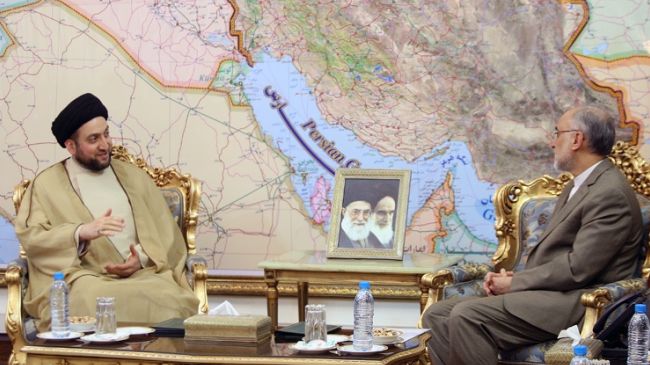 Iran calls for dialogue among Iraqi groups to calm tensions 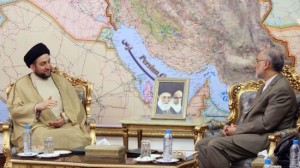 Iran’s Foreign Minister Ali Akbar Salehi has called for dialogue among all Iraqi political groups to address the current critical situation in the country.

In a meeting with Ammar Hakim, the chairman of the Islamic Supreme Council of Iraq, on Monday, Salehi stressed the necessity of adopting peaceful approaches to Iraq’s issues.

Hakim, for his part, urged understanding among all political groups in Iraq and using regional capacities to resolve the issues.

Iraq has been hit by a wave of violence since April 23, when security forces clashed with militants and protesters in the northern town of Hawija, near the city of Kirkuk. The incident in Hawija sparked widespread turmoil, which has killed more than 200 people ever since.

On April 27, Iraq’s Prime Minister Nouri al-Maliki called for national unity and said the deadly clashes are orchestrated from outside the country.

Meanwhile, the Iranian foreign minister congratulated the Iraqi government on the recent successful elections in the country and expressed hope that the polls could be an important step toward political and economic development in Iraq.

Referring to the elections, Hakim stated that the recent violent developments in Iraq were a targeted move planned by foreign groups including al-Qaeda in order to overshadow the victory of the Iraqi nation in the polls.

Salehi also stated that the turnout in the elections will lead to the neutralization of external and internal plots.

The Iranian foreign minister said holding the elections for the first time since the withdrawal of the US troops demonstrates the capability of the Iraqi nation and government to run the country without foreign interference.