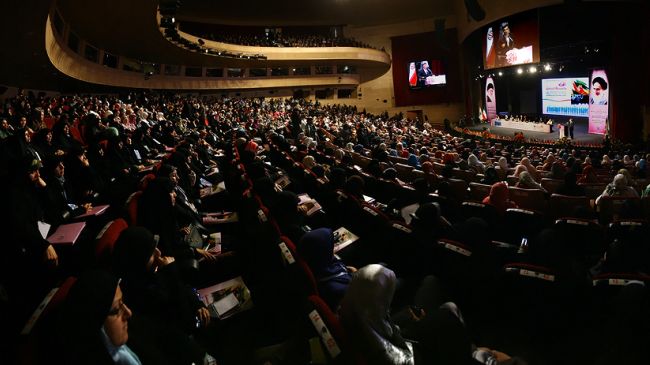 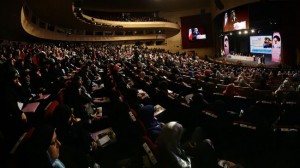 Iran hosted the 1st International Conference on Women and Islamic Awakening in Tehran on July 10, 2012.

An international conference, dubbed ‘Scholars and Islamic Awakening,’ has opened in Iran’s capital, Tehran, with a speech by Leader of the Islamic Revolution Ayatollah Seyyed Ali Khamenei.

Addressing the conference on Monday, Ayatollah Khamenei said the Islamic Awakening is the main issue of the Muslim world and Islamic Ulmah.

The Leader added that Islam now enjoys a prominent position at the center of decisive factors in the world.

Secretary-General of the World Assembly of Islamic Awakening Ali Akbar Velayati, who is also set to deliver a speech during the opening ceremony, said this is the most important conference so far held on Islamic awakening.

Nearly 700 clerics and scholars from Muslim and non-Muslim countries and various religions are participating in the international conference.

‘Islamic awakening, challenges and opportunities’ as well as ‘Palestine and resistance against Israel’ are among the topics that will be highlighted during the event. The crisis in Syria will also be at the heart of the talks.