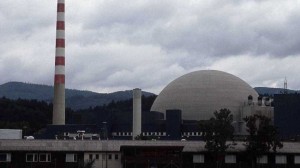 MUSCAT, April 28 (KUNA) — Omani Secretary General of the Ministry of Foreign Affairs Bader Bin Hamad Al-Busaidi stressed in remarks on Sunday that the Sultanate’s foreign policy is not dedicated by positions over Iran’s Nuclear Power Plant in Bushehr, adding that his country respects other nations’ decisions, “for which ‘they’ are accountable”.

The remarks were published by Al-Shabiba newspaper, which further quoted the official saying that Oman’s decisions are never against the general direction of Gulf Cooperation Council (GCC) goals, certainly not those regarding the ‘GCC Currency’ and the ‘Gulf Confederate Union’ projects.

Al-Busaidi noted that the GCC countries agreed on cooperation in every aspect, all the while upholding all states’ right to table issues for discussion wherever and whenever their national interests are concerned.

On the current state of affairs in the region, he said the Sultanate constantly assesses, analyzes, and then reacts to the developments in our area, as well as those elsewhere in the world, stressing all is to be measured against “fact” and not “mere conjecture”.

The Omani Secretary General further said his country respects the League of Arab States’ decisions regarding giving the right of representing Syrians in its bodies to the Syrian opposition.

However, he added, “we have some views on this dossier,” amid lack of international consensus at the UN Security Council to date. “The issue, we believe, remains an internal Syrian affair.”