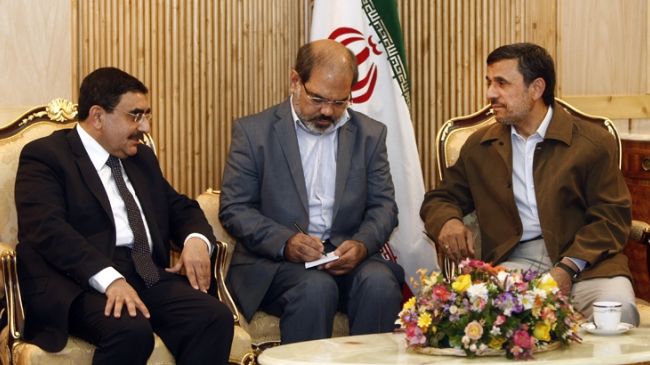 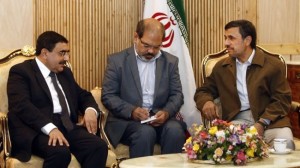 Iran President Mahmoud Ahmadinejad has called for stepped-up efforts to resolve the ongoing unrest in Syria through understanding and dialogue.

In a meeting with Essam el-Haddad, foreign relations advisor to Egypt’s President Mohamed Morsi, in Tehran on Sunday, the Iranian president said Iran and Egypt share a common stance on the Syrian issue.

Any new government born out of war and conflict in Syria would mean the continuation of insecurity for a long time to come, he pointed out.

“If Syria becomes insecure, the security of other regional countries will be jeopardized and this will threaten the entire region,” Ahmadinejad said.

The Syria crisis began in March 2011, and many people, including large numbers of army and security personnel, have been killed.

The Syrian government says the chaos is being orchestrated from outside the country, and there are reports that a very large number of the insurgents are foreign nationals.

The Iranian president further expressed the Tehran’s readiness to improve relations with Cairo in all fields, saying that Iran will stand by Egypt in its march towards progress.

Ahmadinejad added that Iran and Egypt are among important countries which can resolve all issues by supporting each other.

El-Haddad, for his part, said Egypt calls for fundamental measures to end the ongoing bloodshed and conflict in Syria as soon as possible.

He added that countries such as Iran and Egypt shoulder the responsibility to settle the crisis in Syria and prevent foreign interference in the country.

In the course of a summit of the Organization of Islamic Cooperation (OIC) in Mecca in August 2012, the Egyptian president presented the initiative to establish a contact group on Syria comprising Iran, Egypt, Turkey, and Saudi Arabia.

A high-level meeting of the group was held on September 17, 2012 about a week after preparatory talks in Cairo by lower-ranking officials from the four countries.

The Iranian, Egyptian, and Turkish presidents also met in Cairo on February 6 and called for an immediate solution to the crisis in Syria and an end to the bloodshed.