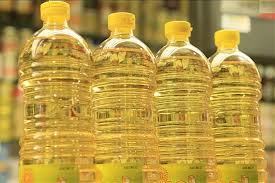 KUALA LUMPUR, April 29 (Reuters) – Iran is having to pay a premium for basic foodstuffs such as cooking oil, highlighting the increasing strain on Tehran from Western sanctions aimed at its disputed nuclear programme, even though the sanctions don’t cover food.

Wilmar International, the world’s largest listed planter, and Mewah International, a $570 million edible oils processor – both listed in Singapore – are driving sales to Iran on long-term contracts, with Middle Eastern trading sources reporting premiums of up to $30 a tonne to the cash benchmark.

Food shipments are not targeted under the sanctions, but the financial squeeze has cut off firms operating in Iran from much of the global banking system and pushed inflation above 30 percent. Oil exports, Iran’s major source of hard currency, have more than halved since 2011.

A shopkeeper in Tehran told Reuters he had put up his price of imported cooking oil by up to 30 percent this month. A 900 millilitre bottle of cooking oil costs around 39,000 rials ($3.18), compared to a 1 litre bottle that sells for $3.10 in Britain and $1.20 in palm oil-producing Malaysia. Another storekeeper said prices had been stable for weeks.

Iran has shifted to Southeast Asian palm oil as sanctions and limited supplies have disrupted imports of soybeans and oil from Argentina. Malaysia, the world’s second-largest palm oil producer, saw exports to Iran jump 60 percent last year to a record 548,603 tonnes – still less than 5 percent of Malaysia’s total exports of about 17 million tonnes.

Wilmar said it does not comment on specific contracts. Savola did not respond to requests for comment.

“Savola is a one woman man. It sticks to one palm oil company to supply its refineries and it’s Wilmar for the past few years,” said a Dubai trading source close to Savola. “Payments can be slow, but there are ways around it. The money will be banked in (Saudi) riyals, euros and U.S. dollars from Turkish banks. Sometimes, the money will come via India.”

“Mewah is the go-to person for Iran. It buys the palm oil from Malaysian firms and then sells it to Iran,” said a trading executive from a Malaysian plantation who deals with Mewah. “They are established in the Iran trade and have deep pockets to withstand payment delays.”

Planters who have sent cargoes to Iran with Mewah include subsidiaries of IOI Corp, Kuala Lumpur Kepong and a Malaysian unit of Wilmar, cargo surveyor documents show. Officials at those companies declined comment.

Shipping documents obtained by Reuters show Wilmar exported at least 114,000 tonnes of refined palm oil to Iran from the Indonesian island of Sumatra alone last year. In January of this year, Wilmar shipped another 10,700 tonnes to Iran from Sumatra.

“Wilmar doesn’t do high stakes gambling. So it has taken a corporate guarantee from Savola’s head office in Saudi Arabia,” said a Southeast Asian trading source who has done deals with Savola. “It’s become standard practice.”

Savola has 832,000 tonnes of annual capacity in Iran, giving it nearly 40 percent market share in a country of over 74 million people. The firm’s revenues from Iran increased by almost a third last year to 4.4 billion riyals ($1.17 billion), about 42 percent of its global edible oil sales.

Iran is proving more profitable than price-sensitive China, where competition means Wilmar only profits from refining margins. And India, the world’s top palm oil buyer, has imposed higher import taxes to stem the flow of cheap refined edible oil from Indonesia and Malaysia.

With more than half a million hectares of oil palm estates in Indonesia and Malaysia, Wilmar makes most of its sales, and profits, from trading with India and China.

“Indonesia is looking for new markets for its refined palm oil. Iran is a natural choice, it has captive consumers. They desperately need the oil and they will pay a premium,” said a Singaporean trader, who didn’t want to be named as he is not authorised to speak to the media.

So far this year, shipping records show Mewah has exported 168,100 tonnes of palm oil from Malaysia to ports in Iran. Most cargoes are taken up by private Iranian buyers though state food procurement firm GTC is also an occasional buyer, traders said.

“We do come into the palm oil market from time to time to buy. These are private deals,” a GTC official told Reuters from Tehran. He declined to discuss the deals.