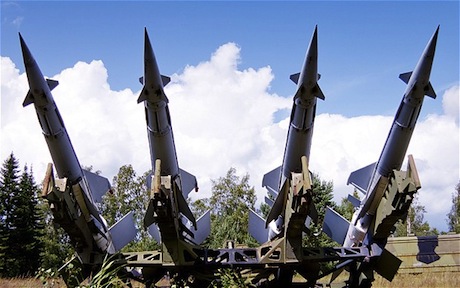 Is Iran trying to set up a new arms smuggling route to Gaza from Sudan? 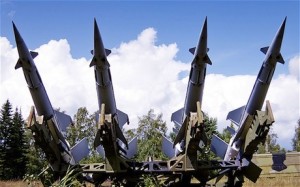 Following this week’s revelation by Canadian officials that two suspects detained over a plot to blow up a passenger train had links to an al-Qaeda cell based in Iran, I now gather that the Islamic Republic is trying to link up with another radical Sunni Muslim group – the Palestinian Hamas movement in Gaza.

Iran’s vehement denials that it had any involvement in the Canada plot were based on the premise that Iran’s Shi’ite Muslim ideology is at odds with al-Qaeda’s rival Sunni Muslim rhetoric.

But, as Iran’s dealings with a variety of Sunni terror groups in recent years has shown, this is not always strictly the case. For example, in the past Iran has actively cooperative with the Sunni Taliban movement in neighouring Afghanistan, offering to supply them with anti-aircraft missiles to shoot down Nato warplanes even though the Taliban murdered a number of Iranian diplomats before the September 11 attacks. Iran also provided scores of al-Qaeda terrorists with a safe haven in Iran after the U.S.-led invasion of Afghanistan in 2001.

Now I hear that Iran is trying to revive its links with Hamas by establishing a new supply route to ship arms to the Gaza Strip to be used against Israel. Iran has tried on many previous occasions to ship weapons to Hamas, but these have been foiled by the Israelis, whose navy has intercepted a number of ships trying  to deliver weapons. Similarly an attempt to ship weapons overland from Sudan was also disrupted after Israeli warplanes bombed the storage facilities in Sudan last October.

But this has not deterred the Quds Force of Iran’s Revolutionary Guards, the unit responsible for exporting Iran’s Islamic revolution, from intensifying its efforts to open an overland route from Sudan to Gaza. According to intelligence reports received by Western diplomats, Iranian and Sudanese officials have recently had a series of meetings with Hamas to establish a new arms route. At the same time a number of unscheduled Iranian cargo flights have been logged between Tehran and Khartoum. On several occasions Boeing 747 aircraft were used, suggesting Iran is trying to smuggled significant quantities of arms to Iran.

I am told it is not known whether any of these arms have yet found their way to Gaza – the Israelis maintain round-the-clock surveillance on the Palestinian territory to prevent such arms transfers.

But the very fact that Iran seems determined to reopen its arms smuggling operations with Hamas suggests two things:

First: despite Iran’s insistence that it cannot work with radical Sunni groups like al-Qaeda, its willingness to work with Hamas shows that, when it suits Tehran’s interests, it is perfectly capable of setting aside ideological differences to work towards a shared goal – in this case attacking Israel.

Second: Iran is increasingly worried that Israel might launch military action to destroy its nuclear facilities. To prevent such an attack, Iran believes that by building its arms stockpiles on Israel’s northern and southern borders, it will put pressure on the Israeli government not to launch any attacks for fear of the backlash it will provoke from Hamas in Gaza and Hizbollah in southern Lebanon.

As the old Arabic saying goes, “The enemy of my enemy is my friend.”