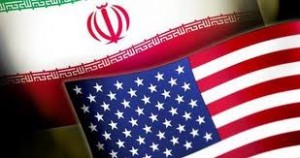 HYDERABAD: Strained ties between the United States and Iran are likely to continue till October when a new president would settle down in Tehran and have ample time to study his options, Gawdat Bahgat, an Arab-American expert on Middle East, said here on Friday. Speaking on ‘The US Foreign Policy in the Middle East, Challenges and Opportunities,’ Bahgat, a professor of National Security Affairs at the National Defense University in the US administration, said that Washington has not ruled out military option in dealing with the nuclear non-proliferation issue with Iran. “There is still a little room left for negotiations. The US has not exhausted all its diplomatic options.” Iran will be electing a new president in June while the fasting month of Ramzan would be observed in July.

It would take a few more months for the new president to decide on how to resolve the nuclear tangle with Washington. The US does not believe, as claimed by Iranian President Mahmoud Ahmedinejad, that the Persian state has developed nuclear weapons. Hence there is still scope to stop it from doing so, the professor noted. He said it is not known whether the US, if it has to exercise the option of military strike, would carry out a single operation or opt for a prolonged war. In case the conflict with Iran deepens, the US would expect India to support its actions, Bahgat said. India would not like to have a nuclear power like Iran in its backyard, he added. Bahgat said the cost of Israel attacking Iran to take out its nuclear facilities

would be too high. The Israeli action against Iran would not be as easy as it was in case of Iraq or Syria. Iran is a bigger country and the ramifications of a military operation could be huge.

Bahgat also underlined the need to de-link religion from terrorism. Though no faith preaches violence and terrorism there are extremists in every religion, he said.