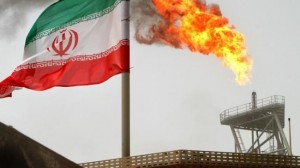 TOKYO (UPI) — Japanese crude oil imports from Iran were down more than 150,000 barrels per day in March compared to a year ago, Finance Ministry data show.

Crude oil purchases from Iran by Japan were 16 percent higher year-on-year for February, however.

Countries can get a waiver from U.S. sanctions targeting Iran’s energy sector if they show “significant” cut backs in crude oil purchases.

Iranian candidates gearing up for June elections have put the economy at the top of their platform agenda. The Iranian currency collapsed last year under sanctions pressure.

Iranian officials said they were trying to move the economy away from a dependence on oil sales as a result of long-term sanctions pressure.