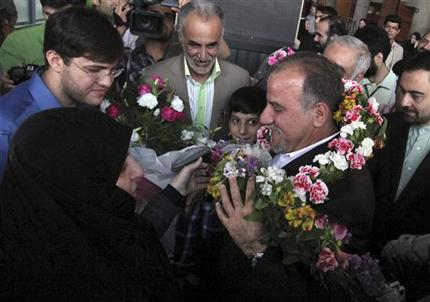 Iranian scientist returns home after release from US prison 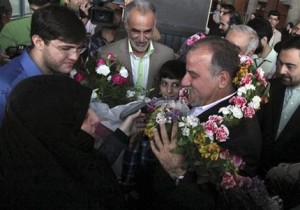 TEHRAN, Iran (AP) — An Iranian scientist held by the U.S. since late 2011 has returned to Iran.

The microchip expert at Tehran’s high profile Sharif University, Atarodi was in U.S. custody since December 2011 over allegations he bought high-tech equipment in violation of U.S. sanctions on Iran.

Atarodi arrived home via Oman, a Gulf state which has served as a mediator between Washington and Tehran before.

The U.S. has a history of occasional arrest and release of Iranian citizens on similar charges.

In 2010 and 2011, three Americans convicted of espionage by Iran returned home through Oman.