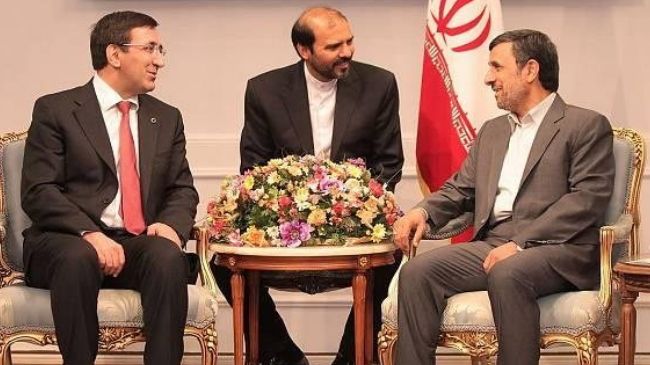 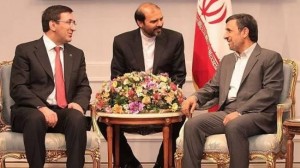 Iranian President Mahmoud Ahmadinejad has hailed the strong and stable relations between Iran and Turkey, saying that the two countries share common interests and enemies.

“Iran and Turkey are two large countries with plentiful talent and the development of bilateral relations is in interest of both countries and the entire region,” Ahmadinejad said in a Saturday meeting with Turkish Minster of Development Cevdet Yilmaz in Tehran.

The president said the common enemies of both countries are against the expansion of ties between the two nations, as it would be harmful to their interests.

“Although our views may not be similar on some issues, but this cannot reduce the speed of our collaboration…,” he added.

Yilmaz, for his part, hailed the expansion of Iran-Turkey relations during Ahmadinejad presidency, saying his country supports more cooperation with Iran.

The minister added that Tehran and Ankara share same interests in all regional and global issues, “and even if we have differences of opinion on some issues, Turkey recognizes that the future and destiny of the two countries are tied together.”

Yilmaz, who is on a three-day visit to Iran at the head of an economic delegation, further stated that Turkey seeks to increase the volume of trade transactions with Iran to more than USD 30 billion from the current level of USD 22 billion.