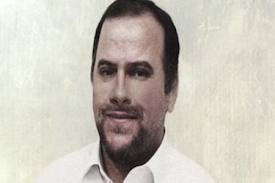 An Iranian scientist held for more than a year in California on charges of violating U.S. sanctions arrived in Muscat on Friday, after being freed in what the Omani foreign ministry said was a humanitarian gesture.

Iran’s Foreign Minister Ali Akbar Salehi has expressed condolences over the deadly collapse of an eight-story building in the Bangladeshi capital, Dhaka.

In a message to Bangladeshi Foreign Minister Dipu Moni on Thursday, Salehi expressed deep sympathy and condolences to the government and people of Bangladesh.

Iran FM off to Kazakhstan to attend Heart of Asia Conference

The third Heart of Asia Ministerial Conference 2013 is to discuss such issues as challenges in Afghanistan including terrorism, campaign against drug trafficking and organized crimes as well as expansion of economic cooperation among regional countries.