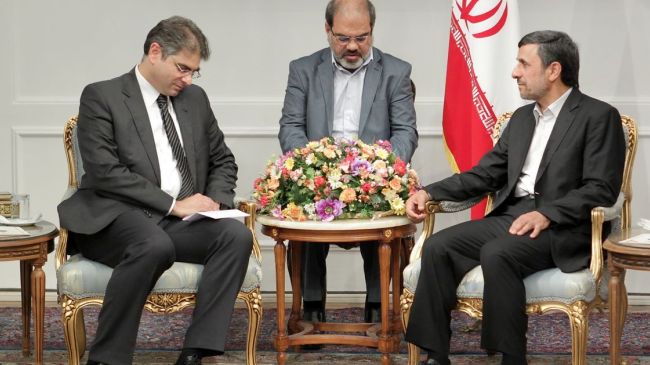 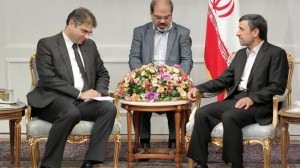 Iranian President Mahmoud Ahmadinejad has warned that possible use of force in the Middle East would threaten the entire region.

“Regional issues should be resolved through dialogue because resorting to force would threaten the security of the entire region,” Ahmadinejad said on Thursday as he received credentials of Lebanon’s new ambassador to Iran, Fadi Hajj Ali.

He added that the interference of “foreigners and their lackeys” could not bring about a lasting solution to regional problems.

Ahmadinejad noted that the Western governments are stoking insecurity in the region in a bid to “disintegrate the countries in the region,” saying that the only way to neutralize their conspiracies is “very close and continuous cooperation among all countries and people in the region.”

For his part, the Lebanese ambassador said he would make utmost efforts to improve relations between Tehran and Beirut.

Voicing concern over the spillover of Syria unrest into other regional countries, including Lebanon, the ambassador said, “Like Iran, Lebanon stresses the necessity of preventing conflicts and insists on dialogue and resolution of issues based on an internal solution,” the diplomat added.

The unrest in Syria began in March 2011, and many people, including large numbers of soldiers and security personnel, have been killed in the violence.