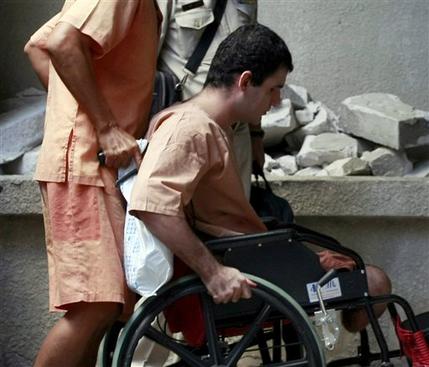 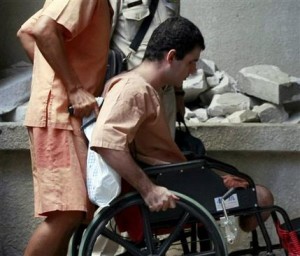 BANGKOK (AP) — Two Iranian men arrested last year after a botched terror plot in Bangkok that allegedly targeted Israeli diplomats proclaimed their innocence Friday, telling a court they were unaware of the stash of homemade bombs found in the house they were staying in.

Their lawyer had given similar accounts earlier, but their testimony Friday was the first in their own words since their trial began in December.

Friday’s testimony came more than a year after explosives blew apart a home where the men were staying in a residential Bangkok neighborhood on Valentine’s Day last year. The explosion uncovered a plot that Thai authorities say was aimed at Israeli envoys and that Israel says was part of an Iranian-backed network of terror.

One of the two men, Saeid Moradi, said Friday that he found two radio bombs in the cabinet of the home, which he said he slept in for just one night. He said he didn’t know where the bombs came from and that he immediately tried to take them outside to dispose of them.

Moradi, a 29-year-old factory technician from Tehran and a former soldier, dropped one of the bombs in an alley, then encountered two policemen on a nearby street. He said he feared police would try to search him and could accidentally detonate the bomb, so he dropped it and it exploded – blowing off his legs.

“If it was going to explode, at least I would die alone,” Moradi told the court through an interpreter, saying he dropped the bomb to save lives. “But if it didn’t, I was willing to surrender.”

Moradi said he was not aware that the bombs he found were similar to “sticky” bombs used against Israeli diplomats in foiled attacks a day earlier in India and the former Soviet republic of Georgia. Investigators said the bombs found at the Bangkok home had round, coin-like magnets on them.

The second defendant, Mohammad Kharzei, 42, also testified that he was not a terrorist and had nothing to do with the explosions.

He said he had not known Moradi until they met at an airport in Tehran before boarding their flight to Thailand. Kharzei said he slept with a prostitute while spending time in the Thai seaside town of Pattaya, 100 kilometers (60 miles) southeast of Bangkok, days before the explosions.

The two men were the only witnesses presented by the defense. A verdict is scheduled to be delivered June 20.

Another suspect, Iranian Masoud Sedaghatzadeh, 31, who met Moradi and Kharzei in Pattaya, fled to Malaysia and was arrested the day after the bombing. He is currently appealing an extradition order to Thailand.

If convicted, Kharzei could face 27 years in prison on charges of possession of unlawful explosives and causing explosions that damaged property. Moradi could face the death penalty on attempted murder charges.

Defense lawyer Kittipong Kiattanapoom said after Friday’s court session that he was confident the court would give justice to the two suspects.