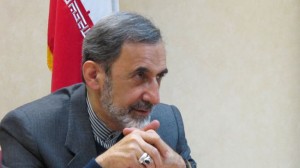 Iran principlist camp, which has formed several coalitions ahead of the upcoming presidential election, is still discussing who its final candidate will be for the crucial election in June.

Presidential hopeful Ali Akbar Velayati, who has formed a coalition with key principlist figures, Gholam-Ali Haddad Adel and Mohammad-Baqer Qalibaf, has said that the coalition’s final choice will be decided after consultation with religious figures.

The former foreign minister, who currently advises Leader of the Islamic Revolution Ayatollah Seyyed Ali Khamenei on international affairs, emphasized that opinion polls are not reliable tools to determine the best choice for the presidency.

Earlier, Haddad Adel, a former speaker of Iran Majlis, had noted that the principlists need to agree on fielding a single candidate as this would be in the interest of all principlist groups.