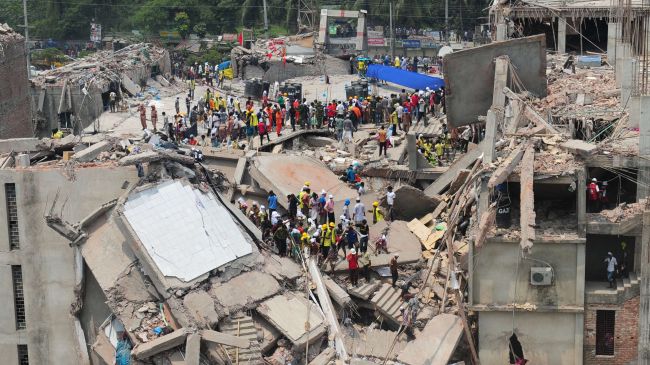 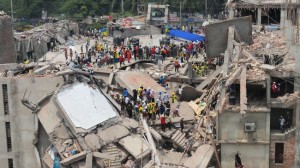 At least 270 people were killed and over 1,000 others injured after an eight-story building collapsed in Dhaka, April 24, 2013.

Iran’s Foreign Minister Ali Akbar Salehi has expressed condolences over the deadly collapse of an eight-story building in the Bangladeshi capital, Dhaka.

In a message to Bangladeshi Foreign Minister Dipu Moni on Thursday, Salehi expressed deep sympathy and condolences to the government and people of Bangladesh.

Over 270 people were killed and over 1,000 others injured after the eight-story building collapsed in Dhaka on Wednesday.

Reports say that more than 3,000 workers were inside the garment factory, located in the Savar district on the outskirts of Dhaka, at the time of the collapse.

Police officials say factory owners had ignored warnings against allowing workers into the building after a crack was detected the day before.