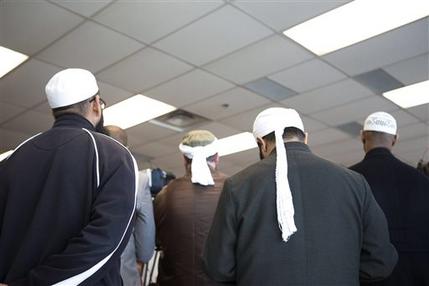 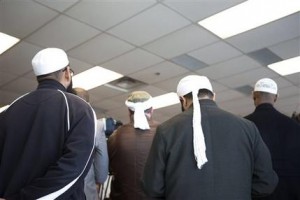 (Reuters) – Investigators believe one of two suspects charged in Canada with plotting to blow up a railroad track carrying passenger trains traveled to Iran within the past two years, U.S. law enforcement and national security officials said on Thursday.

Chiheb Esseghaier, a Tunisian-born doctoral student, traveled to Iran on a trip that was directly relevant to the investigation of the alleged plot, the officials said.

They declined to say precisely when Esseghaier, who appeared in court on Wednesday in Toronto, had traveled to Iran, whether he had gone there more than once, or whom he was in contact with while there.

When they announced the arrest of Esseghaier and his alleged co-conspirator, Raed Jaser, this week, Canadian police said the two men had received “direction and guidance” in the plot from “al Qaeda elements in Iran.”

U.S. national security sources close to the investigation said that was a reference to a network of low- to middle-level al Qaeda fixers and “facilitators” based in the town of Zahedan, close to Iran’s borders with Afghanistan and Pakistan, that moves money and fighters through Iran to support its activities in South Asia.

Canadian police say there is no sign of Iranian government involvement with the suspects.

Neither Canadian nor U.S. officials have said precisely what interactions they believe Esseghaier or his co-defendant engaged in with the alleged al Qaeda network in Iran. Canadian officials have disclosed only minimal details of the alleged Iran connection in public statements.

Esseghaier and Jaser were arrested on Monday after a joint Canada-U.S. investigation that started last year, based on a tip from a member of the Muslim community.

The pair are charged with plotting to derail a passenger train. U.S. officials said the suspects discussed blowing up a trestle on the railway line carrying daily Amtrak trains between Toronto and New York City shortly before the train was scheduled to pass over the track, thus derailing it.

Esseghaier, 30, has been a doctoral student since 2010 at the INRS institute near Montreal where he is researching the use of nanotechnology to detect cancer and other diseases. In his court appearance, he disputed the authority of Canadian law to judge him, saying the criminal code was not a holy book.

The lawyer for Jaser, 35, said he denied the charges against him and would fight them vigorously.

U.S. law enforcement and national security officials said U.S. and Canadian agencies were investigating whether the suspects had accomplices in the United States or Canada.

One official said there was “another shoe to drop” in the case. Canada’s National Post newspaper reported on Thursday that the FBI was holding a third man in New York.

A spokesman for the Royal Canadian Mounted Police said his service was not granting interviews about the case. The FBI did not immediately respond to requests for comment.