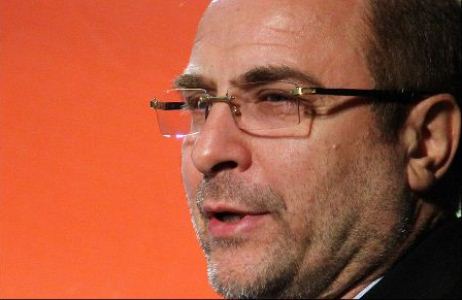 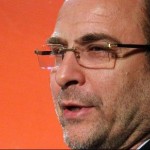 Iranian President Mahmoud Ahmadinejad’s denial of the Holocaust has harmed Iran’s foreign relations, and did nothing to benefit the Palestinians, Tehran mayor and a potential candidate for the Iranian presidential elections said in an interview with the Tasnim News Agency this week.

Mohammad Bagher Ghalibaf said in excerpts translated from Farsi by Al-Monitor that Ahmadinejad’s statements denying the systematic extermination of six million Jews by Nazi Germany during World War II became an “excuse for our biggest enemies, which are the Zionists, and affected the goals of the Palestinians.”

According to Ghalibaf, the Islamic Republic was only opposed to Zionism, not Judaism.

“We’ve been the major supporters of Palestine for 30 years, but with the intelligence of Ayatollahs Khomeini and Khamenei, no one could accuse us of being anti-Semitic,” he said.

“Suddenly without consideration for the results and implications, the issue of the Holocaust was raised. How did his benefit the revolution or the Palestinians?” he wondered.

Ghalibaf also maintained that he would do a better job than Ahmadinejad in handling the diplomacy surrounding the Islamic Republic’s nuclear program.

“Steps were taken and words were said that not only did not help us push our programs forward, but it also gave our opponents the opportunity to gather others against us. Controversial but useless remarks and slogans and presentations struck a blow against us and weakened our rightful position,” he said.

Only an “intelligent and rational diplomacy” could help handle the sanctions imposed on Iran by western countries, Ghalibaf claimed.

He also asserted that negotiations with the US over Terhan’s nuclear program are a valid tool, but stressed they won’t solve all of the Islamic Republic’s problems.

“When it’s necessary at points, we will certainly negotiate with America. Negotiating with America has never been a red line for us,” he said.