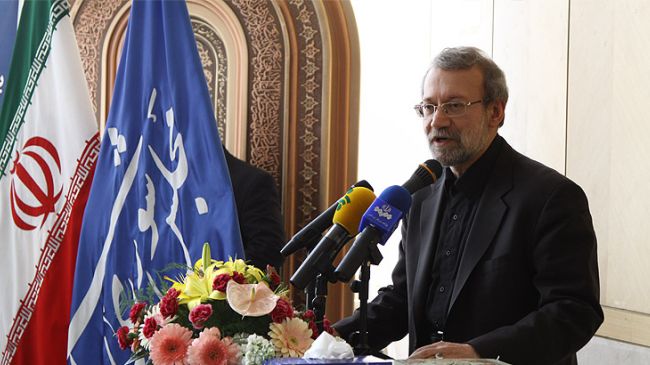 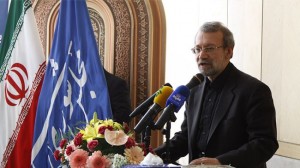 Iran’s Majlis Speaker Ali Larijani has warned of plots by certain regional and extra-regional countries to create problems in Syria.

“There are dangerous plans at work to make long-term changes in the region, and regional and extra-regional enemies of Iran and Russia are after adventurism and seek to create problems in Syria,” Larijani said in a meeting with Deputy Speaker of Russia’s Federation Council Ilyas Umakhanov on Wednesday.

The Iranian Majlis speaker also urged Tehran and Moscow to hold close consultations on the ongoing crisis in Syria.

The two neighboring countries of Iran and Russia have close strategic relations and their common interests are all the more reason for continued cooperation and consultations, said the top Iranian parliamentarian.

Larijani further said that, in parallel with political ties, Iran is also interested in maintaining sustainable relations with Russia in other fields, including economy and industry, and expressed the Iranian parliament’s full support for strengthening bilateral cooperation.

The Russian official, for his part, said Iran is a very important country in the region and a real friend of Russia, adding there are “very bright horizons” ahead when it comes to the promotion of bilateral ties.

He called for closer partnership between Tehran and Moscow to resolve common issues and concerns at regional and international levels.